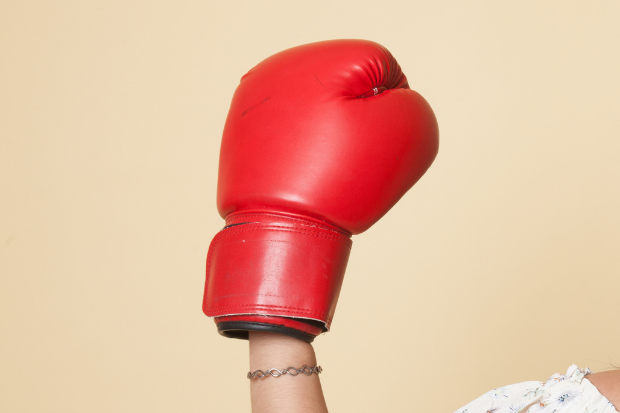 A mother who got into a fight with a student at her daughter’s school has been arrested for child abuse in Florida, USA.

Edith Riddle, 34, entered the Dupont Middle School campus last week wearing a boxing glove that she said got stuck on her left hand with superglue, as per First Coast News on March 23.

Riddle and her daughter had just gotten off a meeting with the vice principal and were on their way out of the school when the daughter went back in.

The daughter reportedly went to the cafeteria and engaged another student in a fight. After the daughter managed to push down the victim and land a few punches, Riddle joined in and began throwing her own barrage.

After a teacher gave a “frantic” announcement via the school radio that a fight had broken out in the cafeteria, a school safety officer rushed to the scene only to find the adult woman in a fistfight with a student.

The parent of the victim then went to the school and took her daughter to the hospital, where she was treated for abrasions in her forearms and knees, according to the report.

The parent stated that she planned to pursue criminal charges against Riddle, who has since been arrested for one count of child abuse with personal/special weapon. Ian Biong /ra