PNP clarifies: No quarantine control points, only checkpoints will be set up within NCR Plus bubble | Inquirer News
Close
menu
search

PNP clarifies: No quarantine control points, only checkpoints will be set up within NCR Plus bubble

MANILA, Philippines – No quarantine control points (QCP) will be set up within areas under the general community quarantine (GCQ) bubble, Philippine National Police (PNP) officer in charge Lt. Gen. Guillermo Eleazar said Tuesday, adding that there should be less restrictions for people within the bubble area. 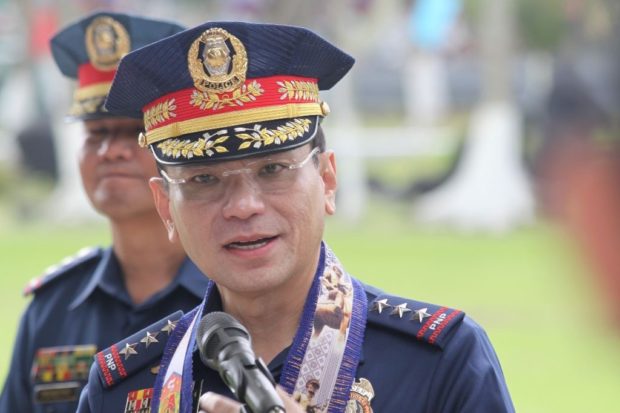 Eleazar, in a statement, said that no QCPs should be set up within the bubble area, especially within the entry and exit points of Metro Manila, “except QCPs that were set up at the boundaries of Bulacan, Laguna, Cavite and Rizal to ease traffic jams that may be created.”

The PNP officer in charge added that he has ordered all police chiefs at the boundaries of the four adjacent provinces in Metro Manila to deploy personnel to guard entry and exit points of the GCQ bubble.

“There should be less restrictions for people inside the bubble because they are considered as one big area. This is to ensure smooth access because workers of Metro Manila for instance live in these four adjacent provinces,” he said.

But Eleazar emphasized that checkpoints within the GCQ bubble are still needed in support of the 10 a.m.-5 p.m. uniform curfew hours implemented within the bubble areas.

“Checkpoints within the bubble are still necessary particularly during curfew hours,” he said.

“Beyond curfew period, they can observe, caution or accost those flagrantly violating health protocols but will no longer check motorists for movement restriction. Checkpoints are critical and important police interventions in case of dragnet operations if ever there are emergencies and hot pursuit operations,” he added.

“This bubble concept is new to us so adjustments and corrections are being made to improve its implementation,” Eleazar later admitted.

The PNP has set up 20 QCPs in the Greater Metro Manila area as the capital region and its adjacent provinces remains under the GCQ bubble beginning Monday, March 22 until April 4 amid a surge in COVID-19 cases.

Under the two-week period, travel to and from Metro Manila and the four adjacent provinces, namely Cavite, Laguna, Bulacan and Rizal, is not allowed—unless deemed as essential.