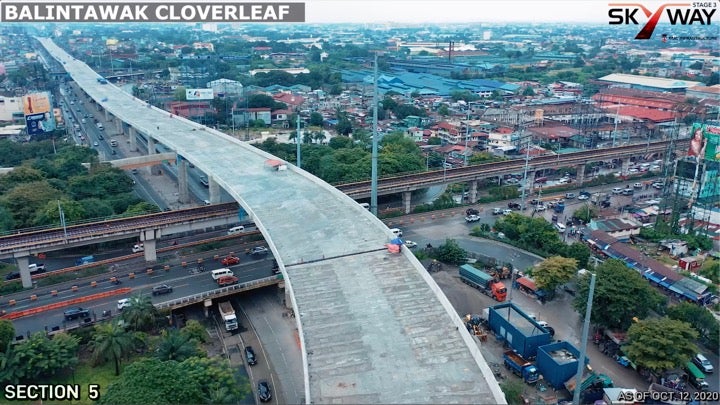 MANILA, Philippines —The order to close the Skyway Stage 3 until all ramps are completed was the result of a “misunderstanding” between the San Miguel Corp. (SMC) Infrastructure and the Toll Regulatory Board (TRB), SMC president Ramon Ang said Tuesday.

In a statement, Ang said he relayed the commitment to Transportation Secretary Arthur Tugade that the 18.3-kilometer tollway would “remain open.”

The SMC president also said that it needs “sufficient funds” for the toll road maintenance, as well as to keep the tollway safe for motorists.

“As Skyway 3’s losses have been mounting because TRB keeps delaying the start of toll collection, the quickest way for our infrastructure unit to speed up 100 percent completion of the ramps would have been to close Skyway 3,” he said, adding that Tugade “understands their predicament.”

It was earlier announced that the Skyway Stage 3 will be closed indefinitely starting this Tuesday following a directive from the TRB.

The TRB denied it issued such a directive, with Ang later confirming that the tollway will remain open.

Ang, meanwhile, said that SMC made “a lot of concessions—which includes lowering toll rates— for the interest of the public.”

“Also, Skyway 3 is new, but heavy everyday use causes it to deteriorate if not maintained properly. We spend a lot for its upkeep, and at the same time lose a lot in foregone revenues. We cannot operate this and serve people if the project is not generating revenues,” he added.

He also said that SMC revised its original proposed fare matrix “to significantly lower toll rates, to make it more equitable for motorists, especially during this pandemic.”

Back in January, news broke that the proposed toll for the Skyway Stage 3 would range from P110 to P274.

SMC was supposed to charge motorists starting Feb. 1, but was later waived as the TRB said that SMC Infrastructure could not collect toll unless the skyway is finished and unless the fees are approved.

“In good faith, during our earlier discussions with TRB, we lowered the proposed toll rates significantly. Basically, we took out and deferred the collection of most of the cost of right-of-way acquisition. After that, we lowered the rates even further, so that people traveling short distances would pay much less,” he said.

Read Next
BI vows cooperation in Senate probe on trafficking by ‘corrupt’ immigration officers
EDITORS' PICK
High inflation: Your P1 is now worth only 87 centavos
UK’s Boris Johnson will resign, BBC reports
Geek out at TOYCON 2022 powered by Smart Signature
House energy committee chair Arroyo bats for cheap electricity
High-risk pregnancy: Reducing your risk is in your hands
Unemployment rate up to 6% in May
MOST READ
Suspect in grisly killing of missing woman in Bulacan arrested
Hong Kong suspends flight bans as it eases COVID-19 rules
Kim Atienza’s daughter flaunts bikini body in response to critics of her ‘revealing photos’
Cop slain in Isabela ambush
Don't miss out on the latest news and information.