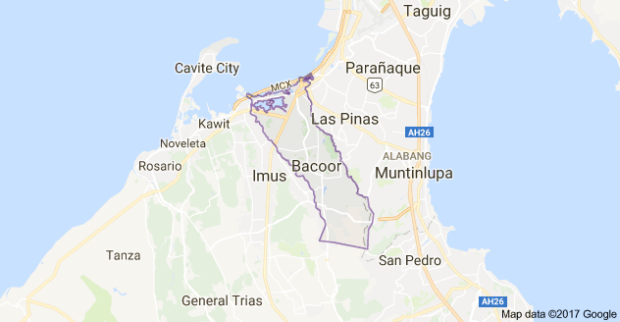 MANILA, Philippines — The Cerritos Heights Homeowners Association Inc. (CHHAI) has urged the Philippine Competition Commission (PCC) to act on their complaint on the alleged monopoly of an internet service provider inside their subdivision in Molino 4, Bacoor, Cavite.

CHHAI president Toteng Tanglao said they have submitted a letter to the National Telecommunications Commission (NTC) requesting that internet service providers aside from Planet Cable be allowed to operate inside their subdivision.

However, their letter-request to the NTC was allegedly passed on to the PCC. Tanglao alleged that PCC has not responded to their letter.  This came after the homeowners are seeking the installation of a fiber internet and landline facility in their subdivision now that more of them are working from home and their children attending online classes.

(We wrote NTC a letter and the NTC said “you better refer this to the Philippine Competition Commission [PCC].” The PCC answered us and they said “prove to us that there is monopoly.”)

“Even ‘yung reply nila kay [Even on their reply to] Mayor Lani, they never replied about the monopoly. This is a complete disservice to us, especially now that Bacoor is part of the Metro Manila line. Having a landline in our homes would have allowed us, who work in the central business districts of the National Capital Region, to reach our loved ones easily, without incurring call charges,” the CHHAI added.

Earlier, the CHHAI appealed for an end to the alleged monopoly of Planet Cable inside their subdivision.

In their petition, the group asked that other internet service providers be allowed to operate in their subdivision to ensure a “back-up” internet should Planet Cable encounter connection problems, which most of the time happen.

He said that a back-up internet connection is vital especially now that most of the homeowners are working from home during this time of pandemic and the students are using online and blended learning, which both require fast and reliable internet services.

“We wish to assert our right to enjoy the benefits of competition, especially in getting the best possible internet provider. The need for reliable connectivity is even more pronounced today, especially as the uncertainty over the Covid-19 pandemic is forcing everyone to adapt to the new normal. This means work from home is no longer an option but a requirement in order to keep jobs. Students will also transition to online learning because this is now part of the Philippine education system,” read the homeowners’ petition.

The homeowners had submitted the petition in 2020 but concerned agencies have failed to act on it until now, Tanglao said.

Planet Cable, meanwhile, said that the company is now addressing the concerns of their subscribers regarding reliability and internet speed.

The cable company said that it is now in the process of improving their services by applying for a higher bandwidth to cater to the needs of the homeowners.