‘Not running away’: Women fighting on Britain’s COVID-19 front line 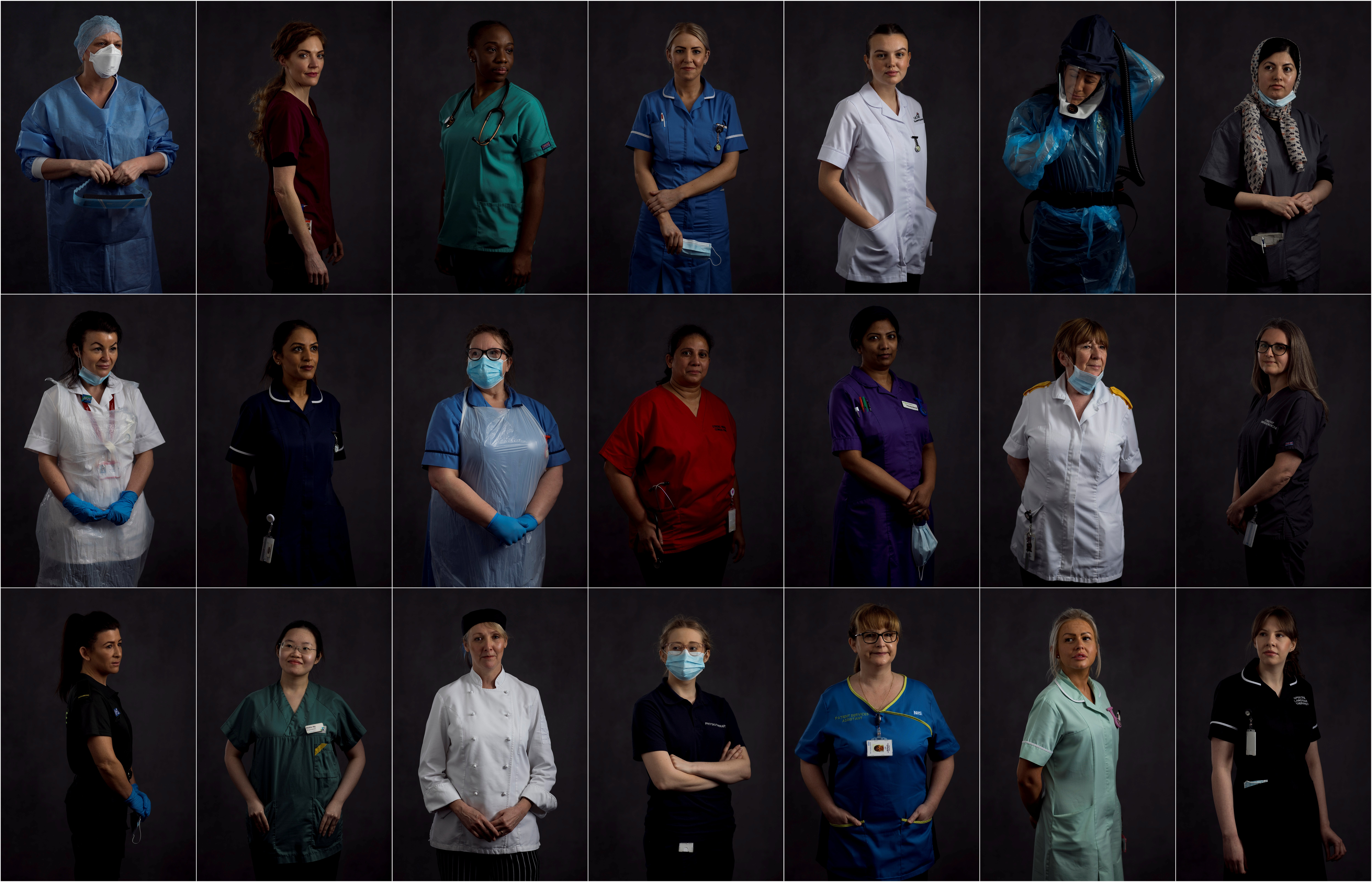 BLACKBURN, England — After a year that has shaken Britain’s National Health Service to its core, women working at hospitals in the East Lancashire NHS Trust in England’s north-west talk about what the coronavirus crisis has meant to them.

At the end of each shift throughout the pandemic, consultant nurse Sheeba Philip knew she could take the virus home, where she was caring for her mother.

But every day she donned her protective equipment and carried on, driven by a sense of duty like so many other women on the front line against COVID-19. 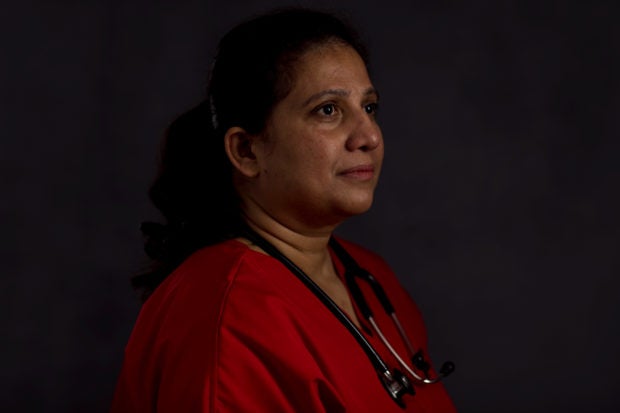 “I knew that I couldn’t shield myself and every day the thought that you could be taking home (coronavirus), it was very difficult,” the 43-year-old said. “Going home every day, it was like my prayer in the car outside, ‘please Lord get rid of all the germs in me and then I will step into the house’.”

The first wave of the pandemic passed, but Philip’s mother, who was on dialysis, contracted COVID-19 along with the rest of the family in November.

“I knew, as a nurse, what I should be doing; that end of time was coming and she would not make it,” Philip said. “But at the same time, as a daughter, I did not want to let go of it, I just wanted her to hold on to the last straw. I wanted to say and scream at the top of my voice ‘no don’t, I don’t want her to go’.”

For paramedic Maxine Sharples, 36, a solid barrier between her home life and her work with the North West Ambulance Service was an essential coping mechanism, following shift after shift transporting patients who would never return to their families. 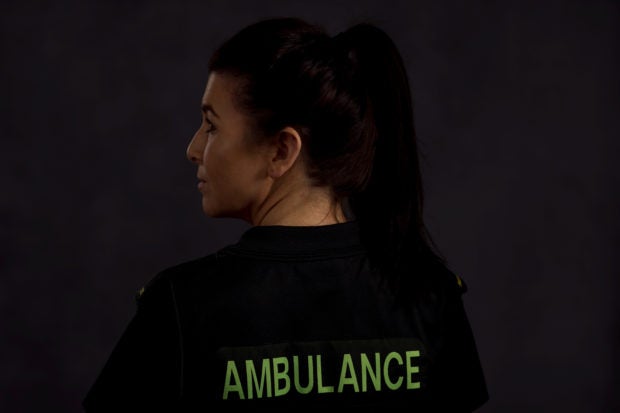 “As soon as I get home, I shut the door and I’m back to being a mum and a wife, and I just have to play that role until I go back to work again,” she said.

“I think a lot of people in the NHS have that ability to just switch off. I don’t think you’re born with it. You just learn it and maybe it makes you a little bit hard, as well, but you kind of have to.”

Consultant and clinical director in emergency medicine Dr. Georgina Robertson said her year “leading the shop floor” at the East Lancashire Hospitals Trust had been the most difficult of her career.

“The numbers have been the highest, the patients have been the sickest, and, alongside that, we’ve had to struggle with staff shortages at levels that we’ve never seen before,” the 46-year-old said.

Reflecting on the past 12 months, Robertson said she would not usually allow herself to become emotional, particularly in front of the staff she leads.

“But we’re all human and it’s been a really difficult time, so sometimes to see that human side helps your team as well so they know it’s not just them that’s been affected,” she said.

“They’re amazing, they just keep going every day despite what’s thrown at them.”

Critical care nurse Jacqui Jocelyn, 53, has worked in nursing for 30 years. Twenty of those have been spent on the intensive care unit at the East Lancashire hospital. 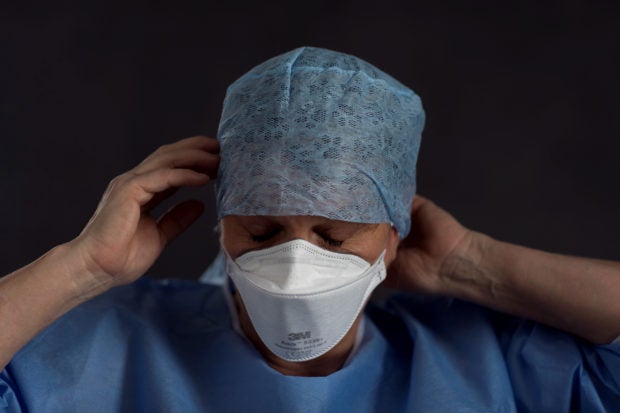 After spending the year being with patients at the end of their lives, while their families were not permitted to do so, Jocelyn’s father was admitted to the same ward.

“He was on the unit for three weeks, actually. He fought a good fight. He was a great character,” she said.

“All the staff were amazing with him. I don’t think it was just because it was my dad. But they went out their way to make him feel special and try and get better, but, unfortunately, he fought a losing battle and died.”

Jocelyn’s daughter, 19-year-old Ruby Jocelyn, was inspired by her mother during the pandemic and decided to take up nursing instead of a degree in business and economics. The care of her grandfather by ICU staff inspired her to pursue critical care, following her mother.

“When I started in December it was so, so busy,” Ruby said. “The age was dropping and there were people my mum and dad’s age on there, and their kids are obviously the same age as me, and I just couldn’t believe it and that made me want to help instead of running away.”

Speaking about her mother, Ruby described Jacqui as a “tough nut”, but the pandemic had taken its toll.

“I think the pandemic didn’t necessarily break her, but it did take a layer of braveness off her,” she said.

“And I think experiencing it first hand, as well, as a daughter of a patient, and not being able to see her dad or look after him as she wanted, I think she did struggle then but it also gave her a bit of like courage as well.”