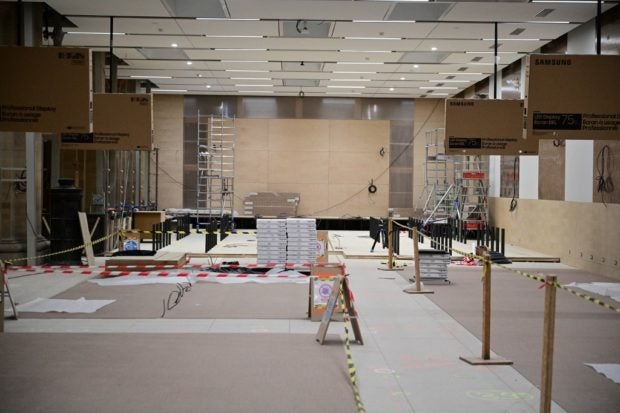 This picture taken on March 4, 2021 shows the construction of the courtroom devoted to major trials in the historical courthouse in central Paris, which will host in September 2021 the trial of the Paris’ jihadist attacks of November 13, 2015 that saw 130 people killed and 350 wounded when Islamist suicide bombers and gunmen attacked the Stade de France, bars and restaurants, and the Bataclan concert hall. (Photo by MARTIN BUREAU / AFP)

ROME — An Algerian man has been arrested in the Italian town of Bari on suspicion of belonging to the Islamist militant group Islamic State and helping the perpetrators of a coordinated attack that killed 130 people in Paris in 2015, police said on Monday.

A statement said that the man, 36, was believed to have provided counterfeit documents to the gunmen and bombers who attacked the Bataclan concert hall, restaurants and the vicinity of the Stade de France sports stadium.

The attack, in which hundreds more were wounded, was France’s deadliest since World War Two.

Police said they would hold a news conference later on Monday.