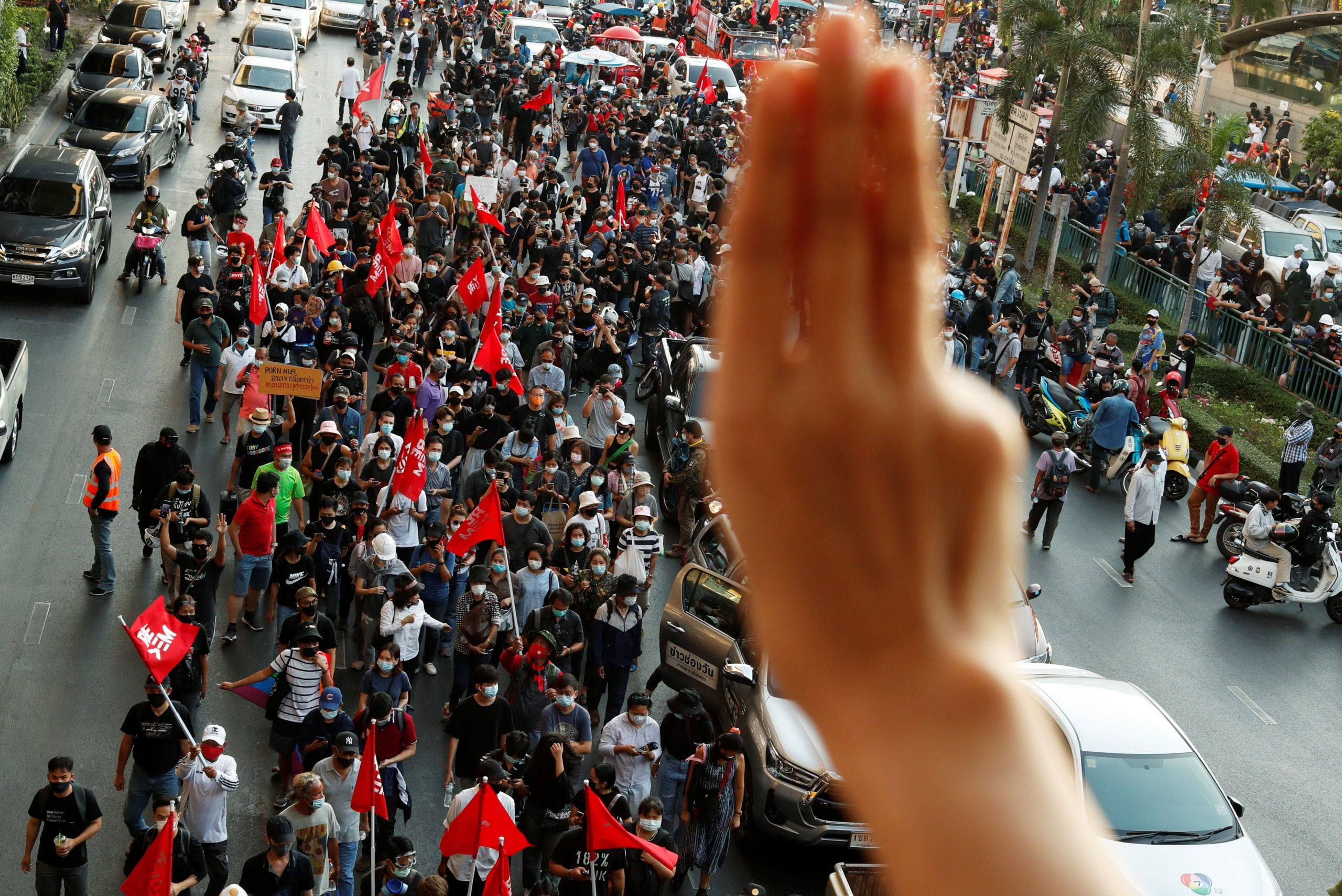 Anti-government protesters march as they demand the release of their arrested leaders charged with lese majeste law in Bangkok, Thailand March 6, 2021. REUTERS/Jorge Silva

BANGKOK—Thai police warned anti-government protesters planning demonstrations in Bangkok on Saturday that they risked being arrested following an order overnight that banned public gatherings in the capital and surrounding provinces.

A youth-led protest movement sprang up last year calling for the resignation of Prime Minister Prayuth Chan-ocha, a former junta leader, and reform of the powerful monarchy, and a clash between police and protesters last week was the most serious so far.

“Protests are illegal. Anyone who joins or invites others to join is breaking the law,” Piya Tavichai, deputy commissioner of Bangkok Metropolitan Police Bureau, told a news conference.

He said police might not enforce the ban on gatherings immediately, so long as protesters were peaceful and did not trespass on, or vandalize public or private properties. He went on to warn of harsher measures if protesters became unruly.

In a podcast on Saturday morning, the prime minister urged Thais to respect the law and avoid conflict.

“We have to love each other and be united, not divided, and respect the law,” said Prayuth, who first came to power after leading a military coup in 2014.

Four separate groups of protesters were planning demonstrations on Saturday, while a counter-protest by a pro-royalist group was also planned. Police have said about 4,800 officers would be deployed at the protest locations.