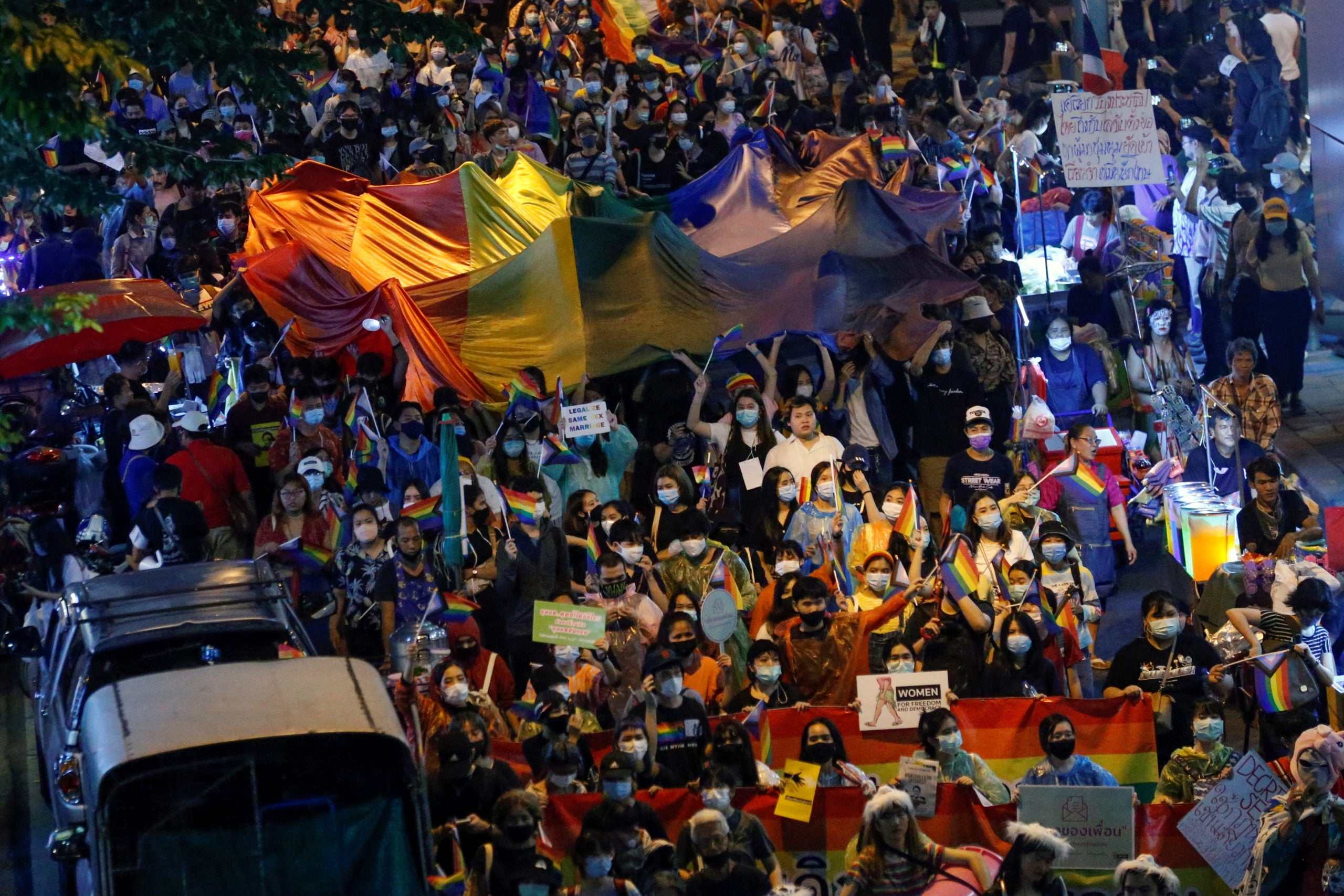 BANGKOK — More than 1,000 members of Thailand’s LGBT community and anti-government protesters joined in a Pride Parade on Saturday to call for equal rights as well for the ousting of Prime Minister Prayuth Chan-ocha and reforms to the monarchy.

A protest movement that emerged in July has drawn a wide range of interest groups to push for greater democracy and human rights in the Southeast Asian country.

Members of the LGBT community wearing colorful outfits marched in the capital Bangkok with youth and student protesters who tend to favor black clothes.

“We agree that real democracy for Thailand will be the start of equality for Thai people and for rights to be prioritized again,” said teacher Lalita Waisinittham, 26.

Protesters had initially demanded the removal of Prayuth, a former junta leader they accuse of engineering last year’s election to keep power, but demonstrations have also broken taboos by calling for curbs on King Maha Vajiralongkorn’s powers.

Another anti-government demonstration is due on Sunday.