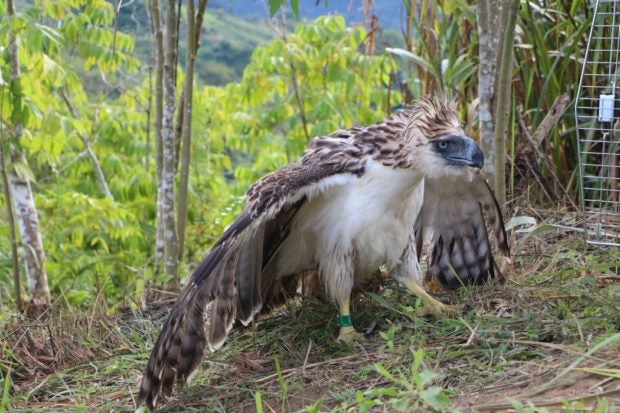 RAPTOR HOME Conservationists last year recorded the sighting of a young Philippine eagle believed to be the offspring of Sarangani Pride (left), a rescued raptor released back to the wild in 2017 in Dakeol Forest, which the municipal government of Maitum, Sarangani province, recently classified as a critical habitat. —SARANGANI INFORMATION OFFICE

MAITUM, Sarangani, Philippines — Encouraged by local sightings of the endangered Philippine eagle, and with experts attesting to the land’s rich biodiversity, the municipal government here has declared a 3,000-hectare forest area as a critical habitat requiring more state resources for its study and protection.

Mayor Alexander Bryan Reganit said the municipal council passed last December a resolution granting such a status to Dakeol Forest, and that the town was looking forward to the national government making a similar declaration.

In passing the resolution, the council acted in line with Republic Act No. 9147, or the Wildlife Resources Conservation and Protection Act of 2001. It now awaits a corresponding move in the form of an administrative order from the Department of Environment and Natural Resources (DENR), Reganit said.

Having the DENR order would facilitate cooperation among government agencies, the local community and other stakeholders in securing and managing the forest ecosystem.

“Dakeol Forest is home to our national bird, the mighty Philippine eagle, and other plant and animal species that need to be protected,” the mayor noted. 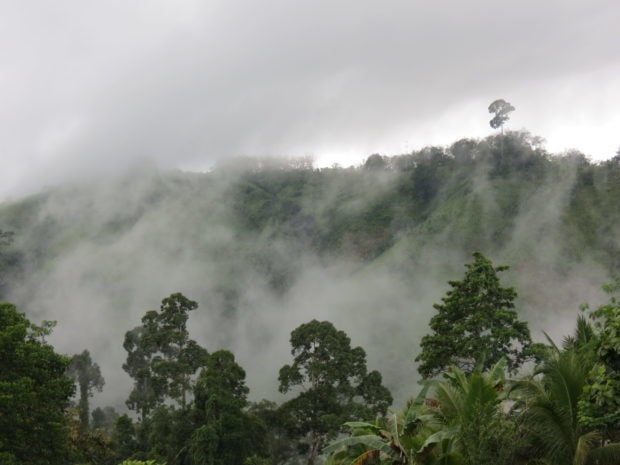 According to Vice Mayor Tito Balazon Sr., local legislators agreed to seek more protection for the forest in Barangay Batian to preserve its indigenous flora and fauna. The area has long been known to host red lauan trees, wild orchids and ferns, and various species of insects, bats, monkeys and birds.

But the main catalyst for the council’s move was apparently the sighting of a juvenile Philippine eagle in a part of the forest known as Sitio Angko in November last year. It was documented by the DENR’s Community Environment and Natural Resources Office (Cenro) stationed in nearby Kiamba town.

The Davao City-based Philippine Eagle Foundation (PEF) later made an assessment that the juvenile raptor could be between 10 months to a year old and possibly the offspring of Sarangani Pride, a Philippine eagle that was rescued in Barangay Batian and released back to the wild in 2017.

Conservationists were able to monitor Sarangani Pride’s movements through a solar-powered global positioning system transmitter attached to the bird.

Also last year, a team assembled by the DENR, the PEF and the Maitum local government scoured the area to look for raptor nesting sites, according to Edgar Calderon, team leader and park maintenance foreman of Cenro-Kiamba.

In January this year, another Philippine eagle was rescued at Barangay Ticulab, also in Maitum. The bird was apparently on a hunt for monkeys when it got trapped in a tangle of rattan vines.

Considered the top predator in the country’s tropical forests, the Philippine eagle (Pithecophaga jefferyi) “plays an important role in keeping the ecosystem in balance and provides an umbrella of protection to all other life forms in its territory,” said Jayson Ibañez, the PEF research and conservation director.

Listed among the world’s critically endangered species since 1994, the Philippine eagle population in the wild is down to around 400 pairs, based on latest estimates.

Dakeol Forest is also home to another native raptor, the Philippine serpent eagle (Spilornis holospilus), whose population trend is classified as “decreasing.”

A study conducted by the DENR and the PEF from 2018 to 2020 observed potentially damaging human activity in the forest area in the form of bushmeat hunting and wildlife collection for the pet trade. It also warned that slash-and-burn farming (kaingin) and shifting cultivation (a practice wherein a piece of farmland is abandoned for a period of time for it to recover its fertility) in the surrounding areas could soon encroach on Dakeol if left uncontrolled.

Beth Ramos, a member of the group Maitum Advocates for Sustainable Environment, said no significant cases of timber poaching had been recorded so far in Dakeol, owing to the difficulty of hauling logs out of the forest.