CHR bats for right of detainees to due process 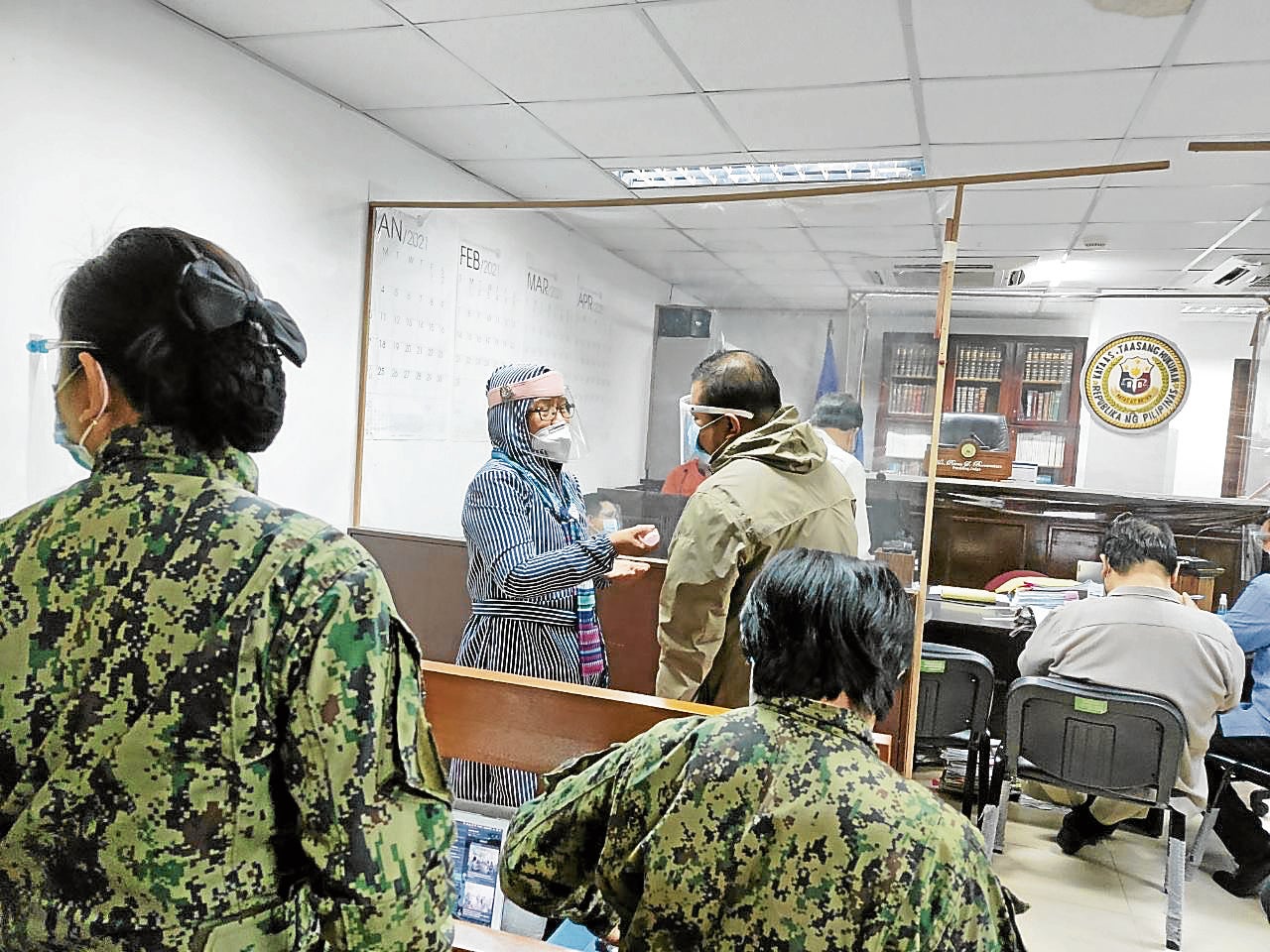 RARE APPEARANCE For the first time since the start of the pandemic last year, detained Sen. Leila de Lima (second from left) attends a hearing in person on Tuesday at Branch 205 of the Muntinlupa City Regional Trial Court, which is trying one of the criminal cases accusing her of involvement in the illegal drug trade, charges she has dismissed as a mere political vendetta for her criticism of the Duterte administration. —PHOTO FROM THE OFFICE OF SEN. LEILA DE LIMA

MANILA, Philippines — The Commission on Human Rights (CHR) on Saturday urged the government to uphold the right of detainees to due process as Senator Leila de Lima marked her fourth year in detention.

In a statement, CHR spokeswoman Jacqueline De Guia said De Lima and other persons deprived of liberty have rights to “due process, the presumption of innocence, and to a speedy, impartial, and public trial.“

“We continue to remind the government that detention and imprisonment do not diminish the government’s obligation to respect human rights and dignity,” she said.

The CHR stressed the government must allow De Lima to exercise these rights despite her being a staunch critic of President Rodrigo Duterte.

“We expect that, as the Philippine government pledges greater and better adherence to human rights standards, the same commitment applies to Senator De Lima and all those allegedly being targeted using the legal system for being staunch critics of the government,” De Guia said.

De Lima has been detained since February 23, 2017, at the Philippine National Police Custodial Facility inside Camp Crame in Quezon City for three charges related to the illegal drug trade. One of these charges had already been dismissed.

Read Next
Duterte will ask Congress to delay probe on PNP-PDEA shootout — Palace
EDITORS' PICK
‘NCR Plus’ to be under MECQ starting April 12 until April 30 — Palace
Pru Life UK receives four golden arrows for solid corporate governance
Pre-order the new vivo Y20s [G] to get a free TWS earphone
Malls adjust ‘NCR Plus’ operating hours for April 12-30 MECQ
Speed up your game with the new vivo Y20s [G]
Metro Manila to have shortened curfew hours from 8 p.m. to 5 a.m. under MECQ
MOST READ
Stop ‘creeping occupation’ of ‘militia’ boats in WPS, Pacquiao asks China
Bea Alonzo clarifies status of her relationship with Dominic Roque
Convicted former aide of Sen. Bong Revilla dies — BuCor
Locsin to China: ‘Then move out’
Don't miss out on the latest news and information.