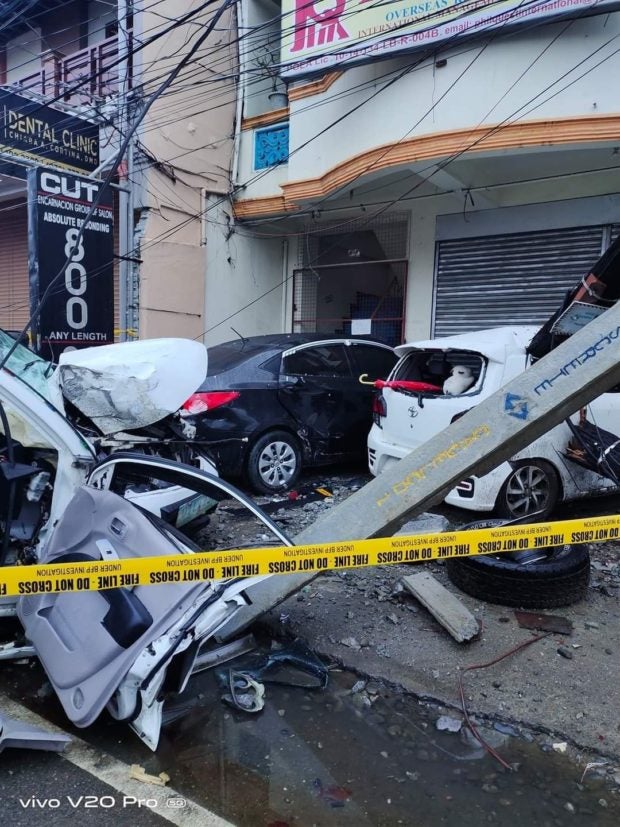 Three people died and two others were injured on Monday evening after their car crashed into an electric post in Tuguegarao City. Photo courtesy of Cagayan Public Information Office

TUGUEGARAO CITY –– Three people died instantly while two others were injured after their car crashed into an electric post along the Balzain East Highway here on Monday evening, police said.

Investigators said the group’s Mitsubishi Strada was speedily cruising the road when Maggay lost control of the car before slamming into an electric post.

The police said the car driver and the passengers were drunk at the time of the accident.