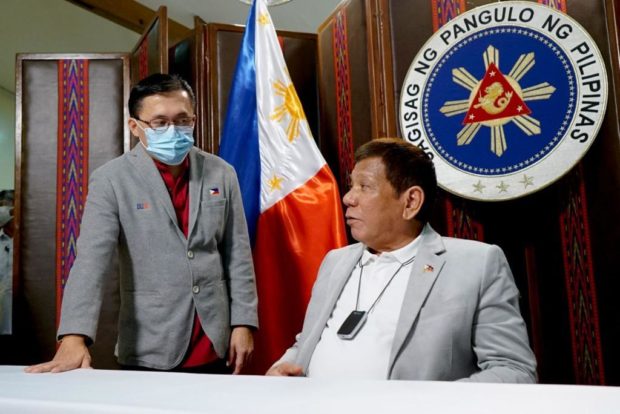 MANILA, Philippines — President Rodrigo Duterte has thumbed down the proposed shift of the entire Philippines to the most lenient quarantine status while there is still no vaccine rollout, his long-time aide said Monday.

In a statement, presidential spokesperson Harry Roque said “the Philippines would not be placed under Modified General Community Quarantine (MGCQ) unless there is a rollout of vaccines.”

“The Chief Executive recognizes the importance of re-opening the economy and its impact on people’s livelihoods. However, the President gives higher premium to public health and safety,” he added.

The President also wants vaccination to start “the soonest possible” to allow the country to relax its community quarantine status.

According to Go, Duterte said shifting to MGCQ is “not to the best interest of the country.”

Metro Manila mayors and the Inter-Agency Task Force on Emerging Infectious Diseases also agreed to place the country under MGCQ.

The President said he “cannot in conscience allow these things to happen [MGCQ, face-to-face classes] and something might get wrong,” Go said.

Further, the senator said Duterte is “confident” that economic managers and Filipinos “will understand the situation.”

Malacañang has said Duterte was already growing impatient over the delay in arrival of Covid-19 vaccines in the country.

But with the vaccine of China’s Sinovac already securing an emergency use authorization from local regulators, at least 600,000 doses donated by the Chinese government are expected to arrive in the coming days.