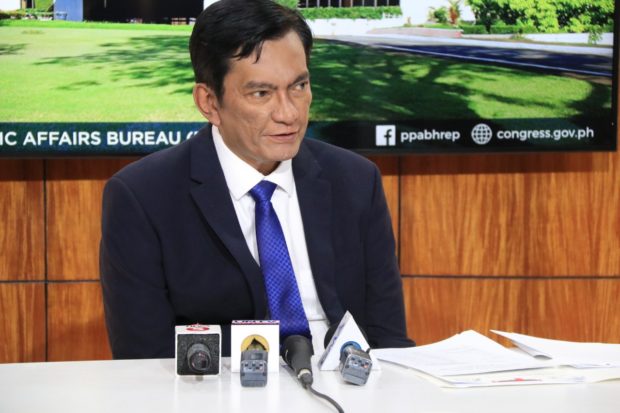 Salceda, who chairs the House committee on ways and means, said the country has lost P357 billion in taxes from fuel smuggling, more commonly known as “paihi,”  from 2010 to 2019. He said the billions of money lost from oil smuggling were “unconscionable.”

“If you want to know why some gasoline stations can offer prices 10 pesos lower than the competition, look no further than fuel smuggling. It’s real and it happens just under our noses,” Salceda said during the House ways and means committee meeting.

“I am urging this task force to be created. Undertake programs and audits that will catch fuel smuggling. Expand the fuel marking program. Help us with new policy proposals to close loopholes on fuel smuggling,” he added.

According to Salceda, fuel smuggling is easiest in freeport zones where fuel marking is only conducted at the gates and not upon entry at the freeport, and where enforcement is less strict as freeports are outside customs territory.

Fuel marking is a feature of the Tax Reform for Acceleration and Inclusion (TRAIN) law aimed at eliminating oil smuggling and technical smuggling.

“If you can capture the ecozone and the customs officers in the CBWs in ecozones, you can practically do whatever you wish with smuggled fuel. That’s trouble, and if our refiners die and we continue to insist on directly imported finished fuel, this problem will also continue to grow,” Salceda said.

A potential policy fix is to prohibit the use of freeports privileges for importers that do not supply ecozone locators, the lawmaker said.

“If you’re not supplying to an ecozone locator, why should you be exempt from fuel marking? Why should you even be in a freeport, unless you want to skirt certain regulations?” Salceda said.

In November 2020, Finance Secretary Carlos G. Dominguez III said that rising tax revenues from fuel marking was proof that oil smuggling was on the decline.