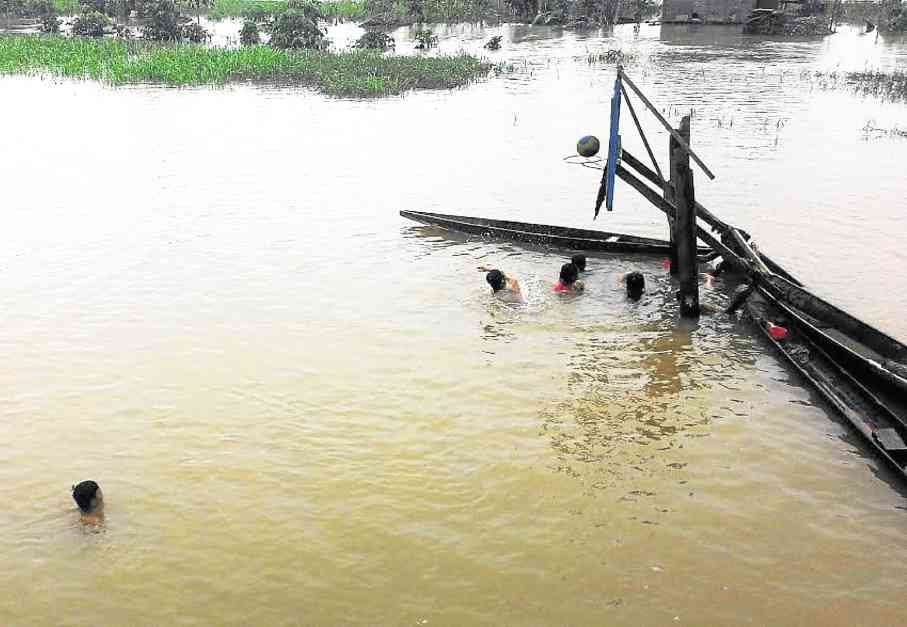 MANILA, Philippines — The Department of Social Welfare and Development (DSWD) has assured residents of areas affected by Tropical Storm Auring that an initial P179,000 in aid has been sent.

The DSWD said in a statement on Sunday afternoon that the recipients will be mostly local government units (LGUs) in the Caraga Region.

The latest weather updates showed that Auring has yet to hit land, staying over waters east of Mindanao for the past three days.  However, thick cloud bands have already caused rains and flooding in Caraga, with Surigao del Sur bearing the brunt of the storm.

“[DSWD] through its Field Office-Caraga has initially provided resource augmentation to [LGUs] in the region that have been affected by Tropical Storm Auring.  As of February 20, an initial assistance of P179,000 worth of food and non-food items was provided to the affected LGUs in the region,” DSWD said.

Currently, the DSWD said 3,858 families or 14,233 individuals from various towns in the region were affected by Auring — 3,403 families or 12,081 individuals of which have been staying in evacuation centers.

“The Field Office also reported that 142 houses were damaged by the disaster.  Meanwhile, the DSWD CARAGA’s Quick Response Team (QRT) is on alert status to continuously monitor the situation and to coordinate with the Local Social Welfare and Development Offices (LSWDOs) for additional relief support,” the DSWD added.

The DSWD also assured that the field office in Caraga has more than sufficient food packs and non-food items — 6,423 packs worth P13.5 million — at their disposal.  Also, the field office also has a standby fund of P3 million which can be used to buy other emergency supplies.

Earlier, reports came in that a huge part of Surigao del Sur is now without electricity due to Auring’s winds.  The Tandag River, which slithers around Tandag City, was also reported to have overflowed, flooding the area.

However, satellite images showed that thick clouds, brought by Auring and the northeast monsoon, continue to cover huge parts of the Visayas and Mindanao.

The tropical storm currently has maximum sustained winds of 65 kilometers per hour (kph) and gusts of up to 80 kph.

As of 5:00 p.m., Dinagat Islands and Surigao del Norte including Siargao and Bucas Grande Island are still under a Tropical Cyclone Wind Signal No. 2, while the Surigao del Sur and Agusan del Sur are under a Signal No. 1.