The government’s pandemic response managers have agreed to further relax quarantine restrictions nationwide, and it’s now up to President Duterte to approve their recommendation amid calls within his Cabinet to reopen more businesses and put millions of breadwinners back to work.

Presidential spokesperson Harry Roque on Friday said the Inter-Agency Task Force for the Management of Emerging Infectious Diseases (IATF) would recommend that the President place the country under the more relaxed modified general community quarantine (MGCQ).

The IATF will decide the quarantine status of Metro Manila together with the 17 mayors of the capital region.

“We expect that since there is this kind of agreement between the IATF and Metro Manila mayors, the President might agree,” Roque said in an interview with PTV 4.

He said Mr. Duterte might decide on Monday or before the end of February.

Aside from Metro Manila, seven other areas are currently under general community quarantine (GCQ)—the cities of Davao, Iligan and Tacloban, the provinces of Batangas, Davao del Norte and Lanao del Sur, and the Cordillera Administrative Region where several cases of the UK variant of the new coronavirus have been reported.

The rest of the country is under MGCQ. 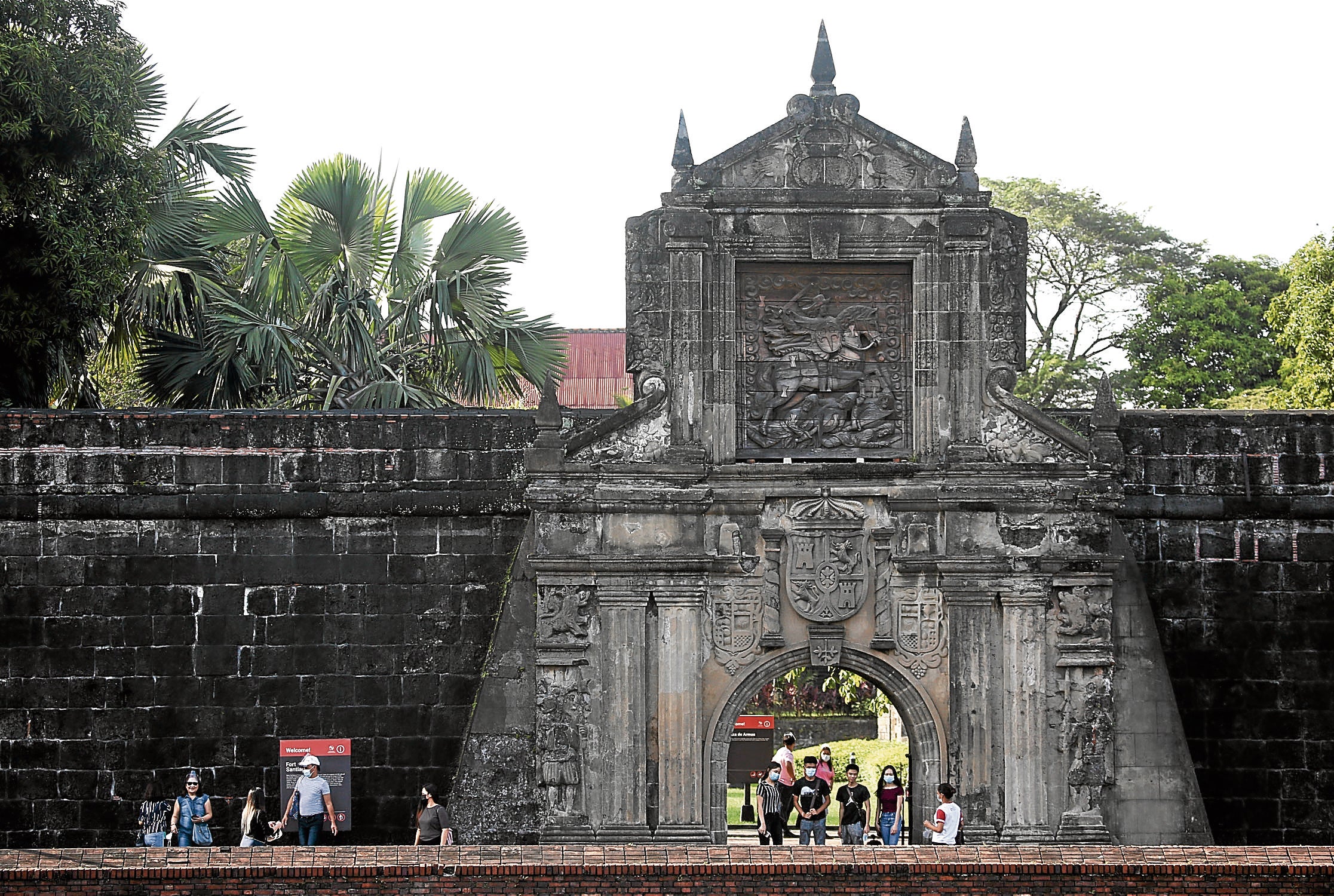 RETAKING THE FORT The historic Fort Santiago in Intramuros, Manila, is again receiving a stream of visitors on Thursday, more than a week after the government allowed the reopening of parks and museums, among other tourism sites. It may expect bigger crowds soon if community quarantine restrictions are further relaxed in the capital region, a proposal supported by the majority of Metro Manila mayors. —LYN RILLON

The option to ease the country’s quarantine status was raised even amid the emergence of new coronavirus variants and delays in the delivery of COVID-19 vaccines to the country.

Metro Manila’s mayors, however, are divided over placing the metropolis under MGCQ—a recommendation that won by only one vote when they convened the Metro Manila Council on Wednesday.

Earlier, they opposed the IATF recommendation to reopen cinemas and other enclosed leisure and entertainment venues.

According to Roque, easing quarantine levels would not automatically mean relaxing the current restrictions based on age.

Underscoring the urgency of reopening more businesses, Trade Secretary Ramon Lopez said the country could not wait for the COVID-19 vaccines to arrive as more Filipinos go hungry due to joblessness.

“We can imagine, each day that some of our countrymen go without food, each day they go hungry and they become malnourished, what do we do with them? That is the big question. They will surely tell us, ‘We can no longer wait even for a week, a month, or three months,’” Lopez said at Friday’s Laging Handa briefing.

The Cabinet official also noted that the bulk of the vaccines expected by the government won’t arrive until the second and third quarter of the year.

“So our worry is that with each passing day, our countrymen go without food. That is a problem for us,” he said.

According to Lopez, some 1.6 million Filipinos have yet to return to the jobs they had before the pandemic.

Over the past few months, the government has been able to gradually reopen certain industries without causing a spike in COVID-19 cases and with the infection tally remaining manageable, he said.

The issue now, he said, is no longer about choosing between health and the economy but about “other health issues that can emerge because of hunger, because of malnutrition … stunted growth and the mental [health] of the youth.”

In the case of cinemas and gaming arcades, he suggested that they be opened gradually, starting at 20 to 30 percent capacity, if local governments are not yet comfortable with letting them operate at full capacity.

“This is a way to reduce the number of people without jobs up to now, [while still] exercising care. We can be flexible.’’

Also to be discussed in Malacañang on Monday is the possibility of resuming in-person classes.

Roque said the President may consider limited in-person classes, noting that the Philippines is now the only country in the world that has yet to allow students to return to their classrooms.

If finally permitted, the classroom sessions could be shorter and less frequent, he said.

The students may attend such sessions for one to three hours per week, he added.

Roque said the IATF earlier approved the conduct of pilot tests for in-person classes but it was postponed due to the discovery of a UK variant case in the country.

“But now that we understand the new variant and it looks like there is no community transmission of the new variant, we will resume the discussions about face-to-face [classes],” he said.