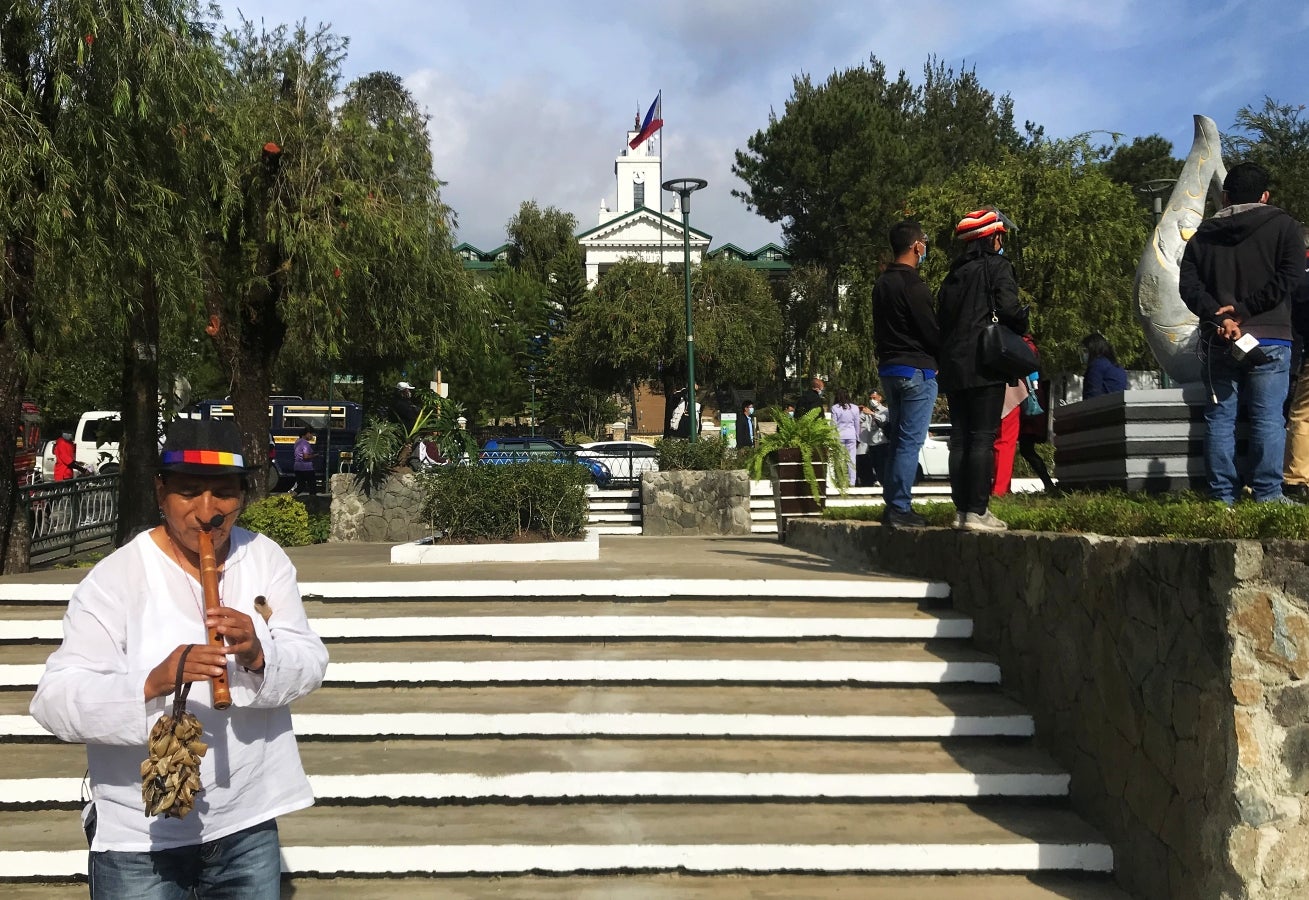 REBLOOM This park fronting the historic Baguio City Hall has been spruced up now that tourism has resumed in the summer capital. The area between the Benjamin Salvosa Drive and the Fernando Bautista Drive hosts a monument to medical front-liners of the coronavirus pandemic. —EV ESPIRITU

BAGUIO CITY—At least 1,800 tourists visited the summer capital after it shifted to a stricter general community quarantine (GCQ) this month to stem the rise of the coronavirus disease, local tourism officials said.

The city, which was exempted by the Inter-Agency Task Force for the Management of Emerging Infectious Diseases from the restriction on leisure travel for areas under GCQ, had received about 2,500 visitors’ applicants during the first week of February, said Aloysius Mapalo, city tourism officer.

However, only about 60 to 70 percent of them pushed through with their vacation plans here, he added.

The city’s tourism industry has been wary about reverting to GCQ because of its impact on the economy, a hotel owner said.

“Baguio is just getting its bearings,” the businessman told the Inquirer, referring to the resumption of tourism-related activities in October last year.

Tourists who intend to visit the city are required to apply for and submit to a screening process through a digital registration program called Visitor Information and Travel Assistance (Visita).

Except for a tally of travelers from Jan. 24 to Feb. 7, the number of tourists covering the last three weeks of February has yet to be released.

Mapalo said Baguio had been getting most of its tourists during weekends since it opened to Luzon travelers.

Late last year, when the city reopened to tourists, the average number of daily tourists reached 1,000, he said.

That daily average was cut in half by January this year.

Under GCQ, the daily average has been further reduced to 360 tourists.

On Feb. 12, about 1,200 people registered through Visita, Mapalo said.

This number could include the delegates of this year’s homecoming at the Philippine Military Academy during the Valentine’s Day weekend, which Mayor Benjamin Magalong estimated at a little over 100.

Before the pandemic struck in March last year, the months of December, January, February, March and April represented Baguio’s peak tourist season. It is during this period when temperatures would normally drop to below 12 degrees Celsius.

The Panagbenga (or the Baguio Flower Festival) also drew the city’s biggest crowds during February until it was suspended due to the quarantine in 2020.

A scaled-down festival was supposed to have been staged this month but it was postponed again because of the GCQ and the presence of a more contagious COVID-19 variant in neighboring Benguet and Mountain Province.

All of the Cordillera patients afflicted with the COVID-19 variant from the United Kingdom have since healed, including two residing in Baguio’s neighboring town of La Trinidad in Benguet.

As of Wednesday, Baguio hospitals have been treating 209 active COVID-19 cases out of the 5,371 infections recorded here since the pandemic began. Its number of fatalities has risen to 103 and was linked to the surges after the Christmas holiday. —VINCENT CABREZA