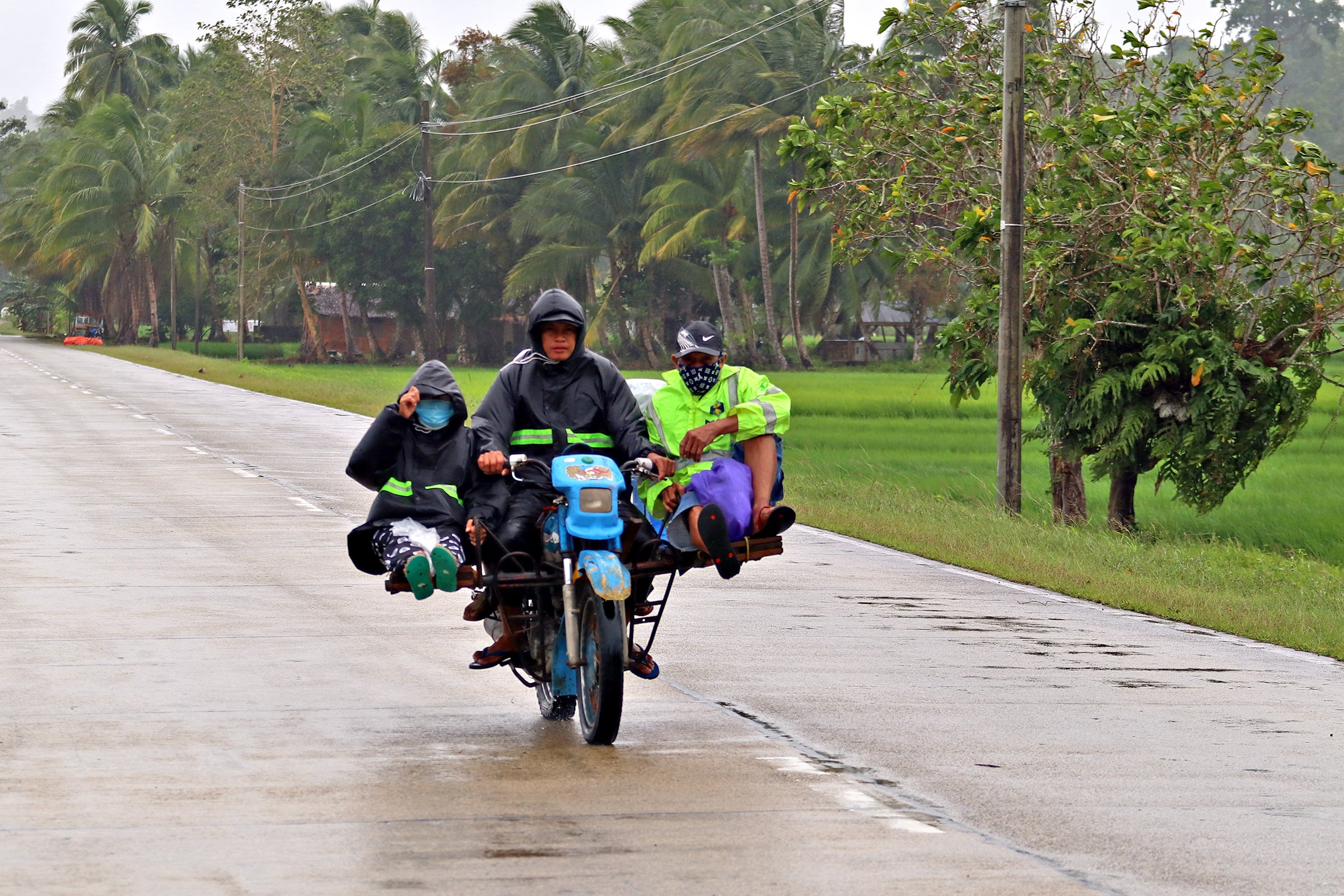 Provincial disaster risk reduction and management officer Abel de Guzman said the evacuee families were from the towns of Bayabas (39), Cagwait (56) and Cortes (85) and Tandag City (189).

On Thursday, Office of Civil Defense regional director Liza Mazo has ordered local governments in the Caraga region to evacuate residents who were at risk of flood, landslide and storm surge amid the expected onslaught of Auring on Saturday.

The families who evacuated to Bayabas told the Inquirer that they sought the safety of the evacuation center set up in a school in the town center after coconut trees that surrounded their village were toppled by strong winds, damaging several houses.

On Friday, Auring has strengthened from a tropical depression into a severe tropical storm that, according to the Philippine Atmospheric, Geophysical and Astronomical Services Administration, could bring light to moderate to at times heavy rains over the Caraga region and the Davao provinces on Saturday.

The storm is forecast to make landfall on the eastern coast of Caraga region on Sunday morning.

Moderate to heavy rains are also expected in Eastern Visayas, Misamis Oriental, Camiguin and Bukidnon over the weekend.

Since Thursday, the Philippine Coast Guard has canceled trips to and from Siargao island of vessels weighing 20 tons and below due to the expected severe weather.

In Cagayan de Oro City, the City Disaster Risk Reduction and Management Office has ordered the removal of billboard tarpaulins as a precaution during the storm. —ERWIN M. MASCARIÑAS