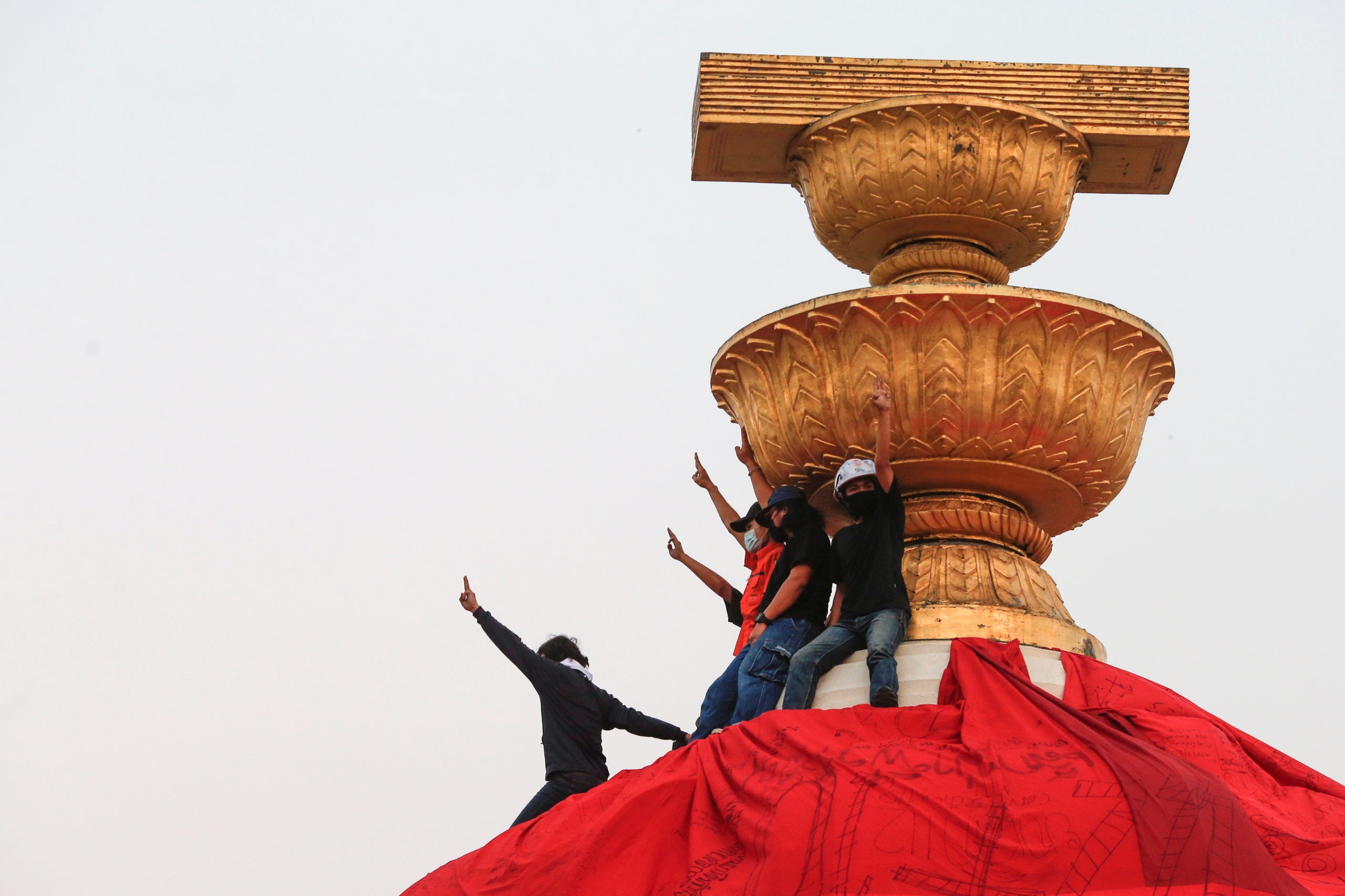 Protesters show the three finger salute atop the Democracy Monument as pro-democracy demonstrators protest to demand the release of their leaders in Bangkok, Thailand, February 13, 2021. REUTERS/Soe Zeya Tun

Protesters threw paint at police and several small bangs were heard during a standoff near a city shrine after the demonstration had moved from Democracy Monument and the main leaders had called for it to disperse.

Activists said the red cloth on the monument represented the blood of fighters for democracy.

Police deputy spokesman Kissana Pattanacharoen said more than 20 police officers were injured in the clashes and seven or eight people were detained for questioning. He also said at least one firecracker exploded at the scene.

The demonstration was in reaction to this week’s arrests of four leading protest figures under charges of insulting the monarchy in mass anti-government demonstrations last year.

The “lese majeste” law, contained in Article 112 of Thailand’s criminal code, carries penalties of up to 15 years in prison.

Student activists say the law has been abused for decades to crush political opposition to a military-royalist establishment.

“We want Article 112 to be revoked plus the release of four of our leaders and other political prisoners convicted by this law,” said protester Chutima Kaenpetch, 24.

The government led by former military junta chief Prayuth Chan-ocha denies any abuse of the law, saying political opposition is allowed but breaking the law by insulting the king will be punished.

Thailand is officially a constitutional monarchy, but the king is held in special esteem by conservative Thai culture that portrays him as the protector of the Buddhist religion and the nation.

The student movement that emerged last year smashed long-held taboos by openly criticising King Maha Vajiralongkorn, who they say has amassed too much personal power since taking the throne after the death of his father in 2016.

The Royal Palace has declined to directly comment on the protests, but Prayuth and government officials have said that criticism of the king is unlawful and inappropriate.