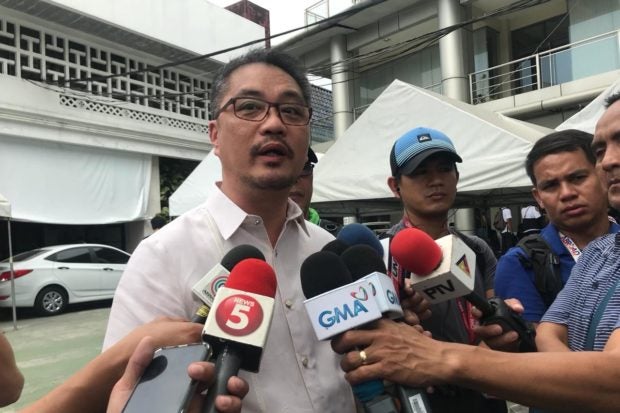 MANILA, Philippines — Half of the 10,000 Covid-19 vaccines from China’s state-owned pharmaceutical company Sinopharm will be allocated to the wives of members of the Presidential Security Group (PSG), the Food and Drug Administration (FDA) said Friday.

FDA director-general Eric Domingo confirmed this in a text message to INQUIRER.net, saying the wives of the PSG personnel are “close contacts of the soldiers.”

Malacañang earlier announced that the FDA has issued a compassionate use license for 10,000 doses of the vaccines for PSG members.

Presidential spokesperson Harry Roque earlier said the vaccines may also cover families of the PSG personnel since the number of President Rodrigo Duterte’s security detail would not reach 10,000.

The issuance of compassionate use license means the vaccines can be administered even without the FDA’s emergency use authorization (EUA), which is being required for available Covid-19 vaccines to be legally administered in the country.

Sinopharm has yet to apply for an EUA in the Philippines’ FDA. Only Covid-19 vaccines from Pfizer-BioNTech and British-Swedish drugmaker AstraZeneca have so far secured this approval in the country.

But despite the nonissuance of an EUA or compassionate use authorization, some of the PSG’s personnel have already been vaccinated against Covid-19 as early as September, according to PSG commander Brig. Gen. Jesus Durante III.

He said PSG personnel, with the help of their medical team, administered the vaccines among themselves without asking permission from the President.

In December last year, the developer of Sinopharm vaccines said the inoculation shots are 79.34 percent effective at protecting people against the respiratory disease.