Prior notice for entry to UP campuses OK with AFP chief, but... | Inquirer News
Close
menu
search

Prior notice for entry to UP campuses OK with AFP chief, but… 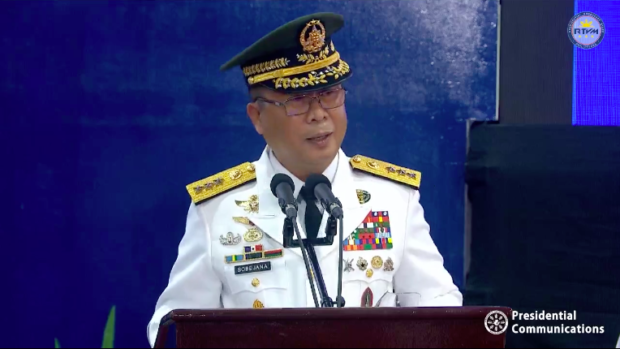 MANILA, Philippines — While he agrees that prior notice is needed before the military sets foot on University of the Philippines (UP) campuses, newly-installed Armed Forces of the Philippines (AFP) chief of staff Lt. Gen. Cirilito Sobejana said Friday they should not be prevented from entering when urgently called to perform their duties.

“Yes, para kang pumasok sa isang tahanan, you have to knock on the door of the owner of the house,” Sobejana said in an interview on ABS-CBN News Channel when asked if he would still want prior coordination before the military enters UP campuses.

(Yes, it’s like entering a home, you have to knock on the door of the owner of the house.)

“But if there’s a crime ongoing, then we have to immediately come in para ma-mitigate yung effect ng krimen na nangyayari at i-save natin yung kailangang iligtas,” he added.

(But if there’s an ongoing crime, then we have to immediately come in to mitigate the effect of the crime and save whoever needs to be saved.) 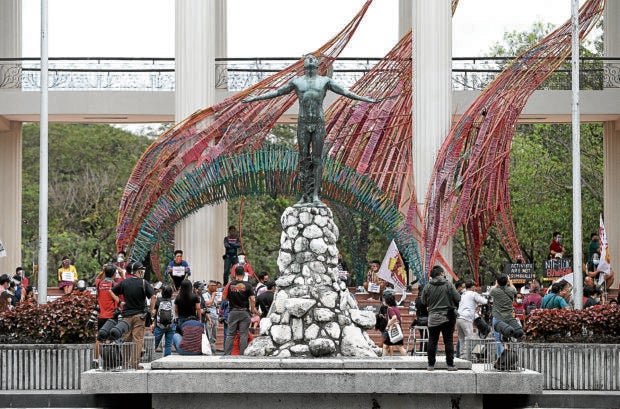 Sobejana also noted that the military should not be barred from entering UP campuses as these are considered public places.

“As to your question whether the military should just freely enter into UP campuses, may it be in Diliman or in other campuses across the country, ma’am, I hope everybody understands that our mandate is to serve the people and secure the land,” Sobejana said.

“Considering that UP is a public domain, we should not be prevented from going into that place if there’s a call for us to perform our duty,” he added.

Sobejana answered affirmatively when asked if he would still want prior coordination before the military enters UP campuses.

Both UP and the Department of National Defense agreed to conduct more dialogues regarding the termination of the accord which prevents state forces from entering the campus sans prior notice.

“It’s a work in progress, there will be succeeding dialogues, hanggang mag-settle tayo to a win-win [situation],” Sobejana said of UP and DND’s discussions.

Earlier, DND Secretary Delfin Lorenzana terminated the 1989 agreement with UP citing its hindrance to operations against counter-insurgency operations.

The move drew fierce criticisms from the UP community, human rights groups and lawmakers who expressed fear that the abrogation was only meant to silence dissent.

Some also expressed concern this might greatly affect the academic freedom inside UP campuses.

But following the meeting with UP officials, Lorenzana was said to be mulling over the possible suspension ofthe accord’s termination.

UP community: Other universities should also have pacts with DND