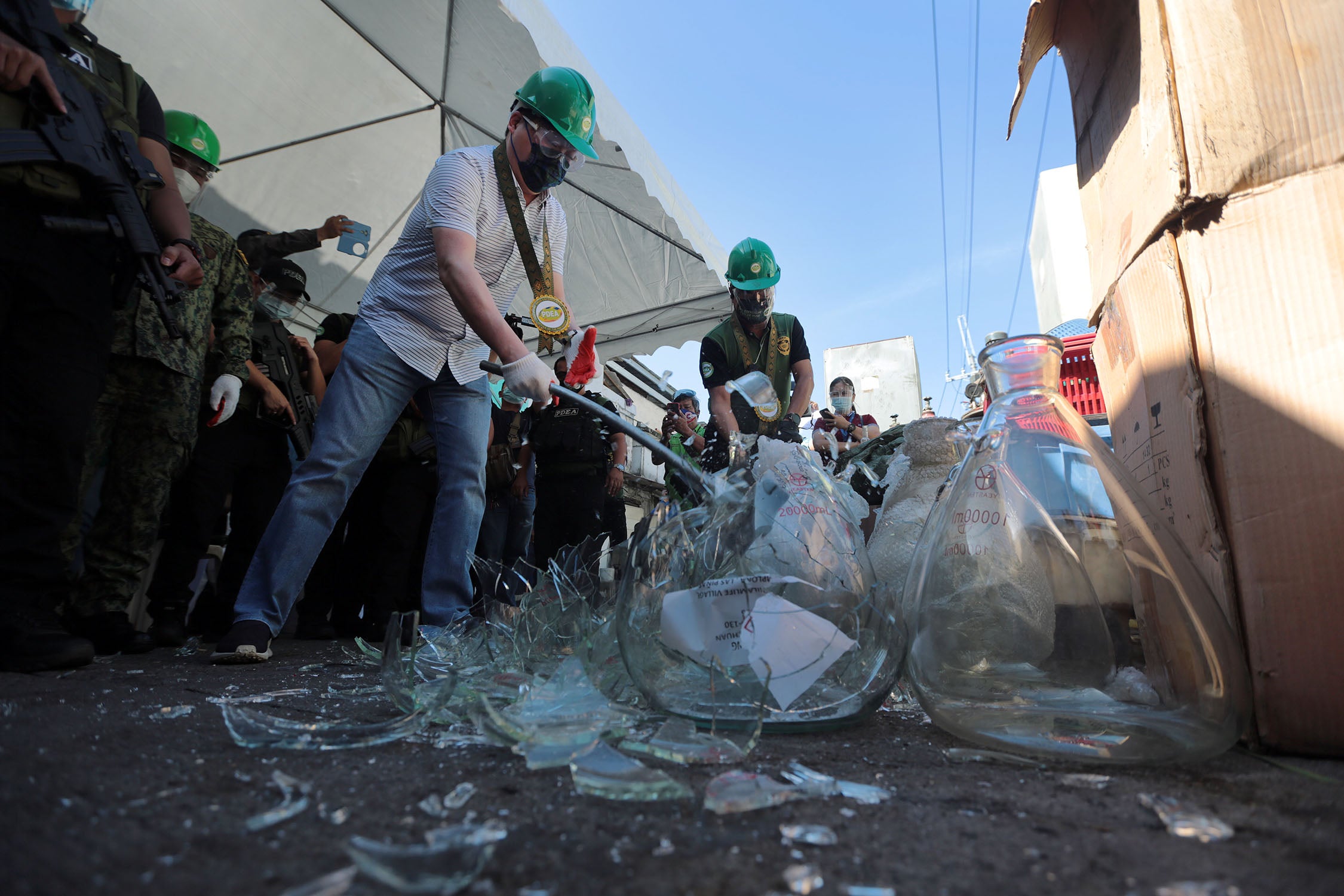 MANILA, Philippines — Philippine Drug Enforcement Agency (PDEA) Director General Wilkins Villanueva wants to fund the government’s war on drugs with the seized assets of narcotics traders to “fry them in their own oil.”

Speaking at the destruction of P904.3 million worth of drug-making chemicals and equipment on Thursday, Villanueva vowed to go after the assets of narcotics syndicates as he announced the freezing of 19 pieces of property nationwide and 14 bank accounts with P100 million belonging to a member of the Kuratong Baleleng drug group.

He was referring to convicted drug gang member Rico Bacon whose assets were frozen by the Anti-Money Laundering Council in November 2020.

“We are now [exerting] extra [effort] so they would not be able to use the proceeds from their sale of narcotics,” Villanueva said, adding that the PDEA was tracking down the “well” where drug gangs were stashing their cash.

The assets of more convicted drug gang members would also be frozen soon, Villanueva stressed, as the PDEA wanted to prevent these groups from using the proceeds from their illegal operations to buy more narcotics to sell.

“Our next move is to file a motion in court so that the Dangerous Drugs Board and PDEA can use the [seized] money for anti-illegal drug operations and rehabilitation,” Villanueva said.

“We will fry them in their own oil,” he added.

Villanueva called the P904.3 million worth of chemicals and equipment destroyed in Valenzuela City “the biggest … in the history of drug law enforcement.”

“Our last destruction (of chemicals and equipment) was [in] August 2018. That was only worth about P5.3 million compared to everything we accumulated for the last two years, which reached P904 million worth of equipment, essential precursors and essential chemicals,” Villanueva said.

He said this was in compliance with President Duterte’s order for the immediate destruction of “all seized, confiscated dangerous drugs, controlled precursors and essential chemicals, equipment and paraphernalia used in the manufacture of dangerous drugs.”

“We are now doing away with [the] traditional drug law enforcement strategy which is huli-kulong, huli-kulong (arrest-detain). We [have] expanded our operations since the President assumed office,” Villanueva said.

He added, “We now hit hard on the high-value targets. We do high-impact operations by conducting dismantling of clandestine laboratories and drug dens. Most of all, we do the demand reduction by keeping away people from dangerous drugs.”

According to him, there were still about 13 tons of precursor chemicals that would also be destroyed upon the issuance of a court order.

“What we are working [toward] is zero inventory of dangerous drugs in our laboratory, our evidence room … I am committing to really reach that goal,” he said.

“That has not happened in the history of PDEA and it is what I plan to do,” he added.

Villanueva said the PDEA would also continue to strive to rid the country of the drug menace by the end of Mr. Duterte’s term.

“If not drug-free, drug-resistant and self-policing. That we can do. We have a goal and we have to achieve that goal,” he said.