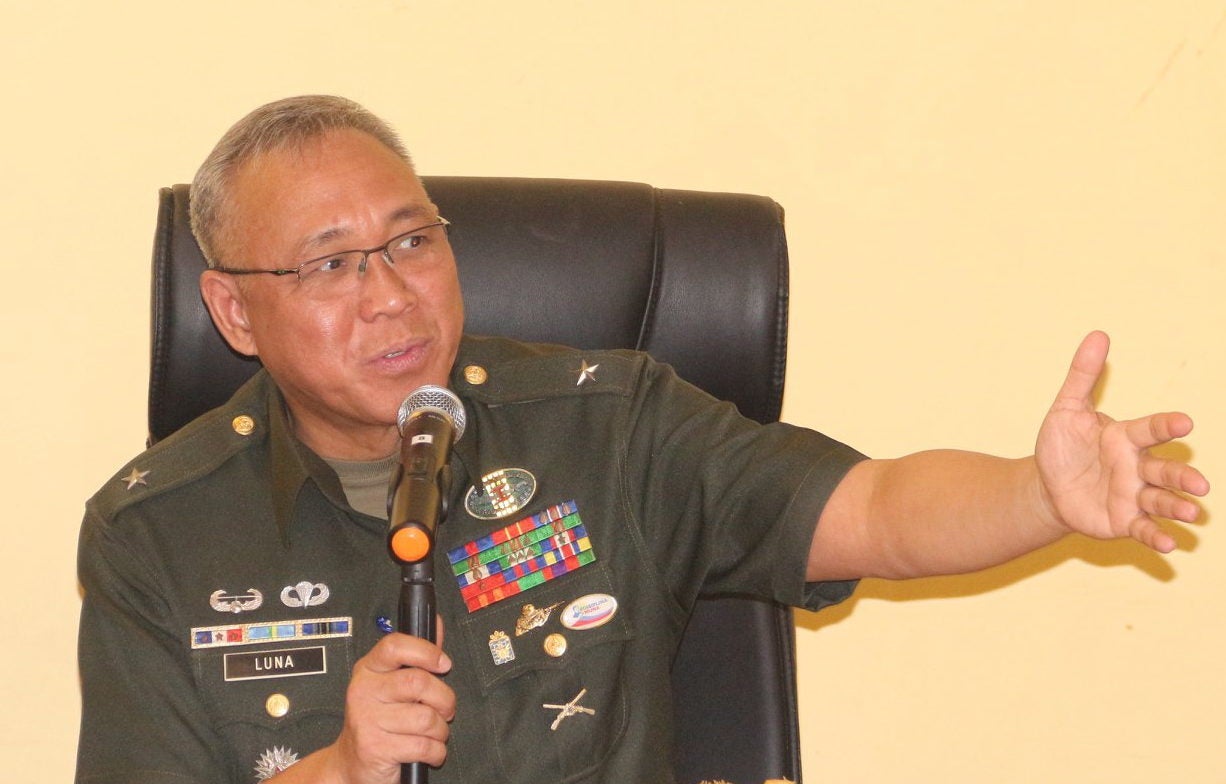 MANILA, Philippines — Defense Secretary Delfin Lorenzana has relieved the military’s intelligence chief after the Armed Forces of the Philippines posted on social media an erroneous list of supposed communist rebels killed or captured in counterinsurgency operations.

Lorenzana minced no words in announcing the relief of Maj. Gen. Alex Luna as deputy chief of staff for intelligence, or J2, effective Thursday. The list apparently came from Luna’s office.

“His negligence only shows a lackadaisical attitude toward his job resulting [in] confusion and damage to reputation,” the defense chief said in a statement. “We do not take these offenses lightly and I want to hold the people involved accountable.”

Lorenzana on Sunday described the AFP post as an “unpardonable gaffe.”

The post has since been taken down with an apology from Maj. Gen. Benedict Arevalo, the AFP deputy chief of staff for civil-military operations or J7.

Luna, then a brigadier general, assumed the J2 post in October last year, replacing Maj. Gen. Greg Almerol who was tapped to head the 2nd Infantry Division in Tanay, Rizal.

“We sincerely apologize for those who were inadvertently affected by inconsistencies regarding the List of Students Who Joined the NPA (Died or Captured) that was posted [on] the AFP Information Exchange Facebook account,” Arevalo’s office said in a statement posted on Sunday.

“That article has since been immediately taken down or deleted from our social media accounts.”

One of those wrongly named, lawyer Rafael A.L. Aquino, said he and his family “continue to feel threatened and insecure on account of my inclusion in the list.”

“Weighing heavily on my mind, however, and on the minds of my fellow UP alumni wrongly listed, is what this portends for Filipino activism,” Aquino said in a statement on Thursday.

“If this could be done to us, how much easier could a similar outrage be inflicted upon our countrymen who do not have the same access to media and legal resources, including ordinary students and their teachers?”

Bayan Muna Rep. Ferdinand Gaite and other members of the Makabayan bloc in the House of Representatives sought a special audit of the military’s intelligence and confidential funds after wrongly Red-tagging UP graduates and activists.

“Their sorry is not enough. We should really scrutinize their work,” Gaite said in a statement on Thursday.

“We also reiterate our call for a special audit of the AFP’s intelligence and confidential funds. Their series of errors makes it necessary. We can’t be wasting large sums of people’s money during this pandemic and economic crisis,” he said.

Arevalo said several people in his office, including the social media handler, had been admonished and could face further administrative sanctions after an inquiry into the posting of the unverified list.

“We want to assure the public that we are now reviewing our processes and procedures to ensure that similar incident[s] will not happen again in the future,” he said.

The AFP will pursue its investigation into the publication of the unverified list despite Luna’s relief, Arevalo said on Thursday.

Lorenzana told reporters in a text message that his decision followed the principle of command responsibility. “A commander is responsible for what his unit does or fails to do,” he said.

The AFP has yet to announce Luna’s replacement.

Luna had served as commander of the joint task force National Capital Region and the 801st Brigade and was cochair of the Enhanced Comprehensive Local Integration Program Committee in Eastern Samar.

He was also Army assistant chief for intelligence, or G2.

He said Lt. Gen. Antonio Parlade Jr., spokesperson for the NTF-Elcac, “has been repeatedly making such blunders.”

“He’s been wrongly accusing anyone including activists, church leaders, celebrities and other personalities, and several academic institutions. He even wants to go after minors. He is the one who should have been fired long ago,” he said.

“If they really want to stop this reckless campaign of disinformation, lies, and lousy intelligence then they must altogether stop the campaign of Red-tagging, of attacks against critics of the administration and the opposition as a whole, and they must ultimately disband NTF-Elcac,” he added. —WITH A REPORT FROM NESTOR CORRALES