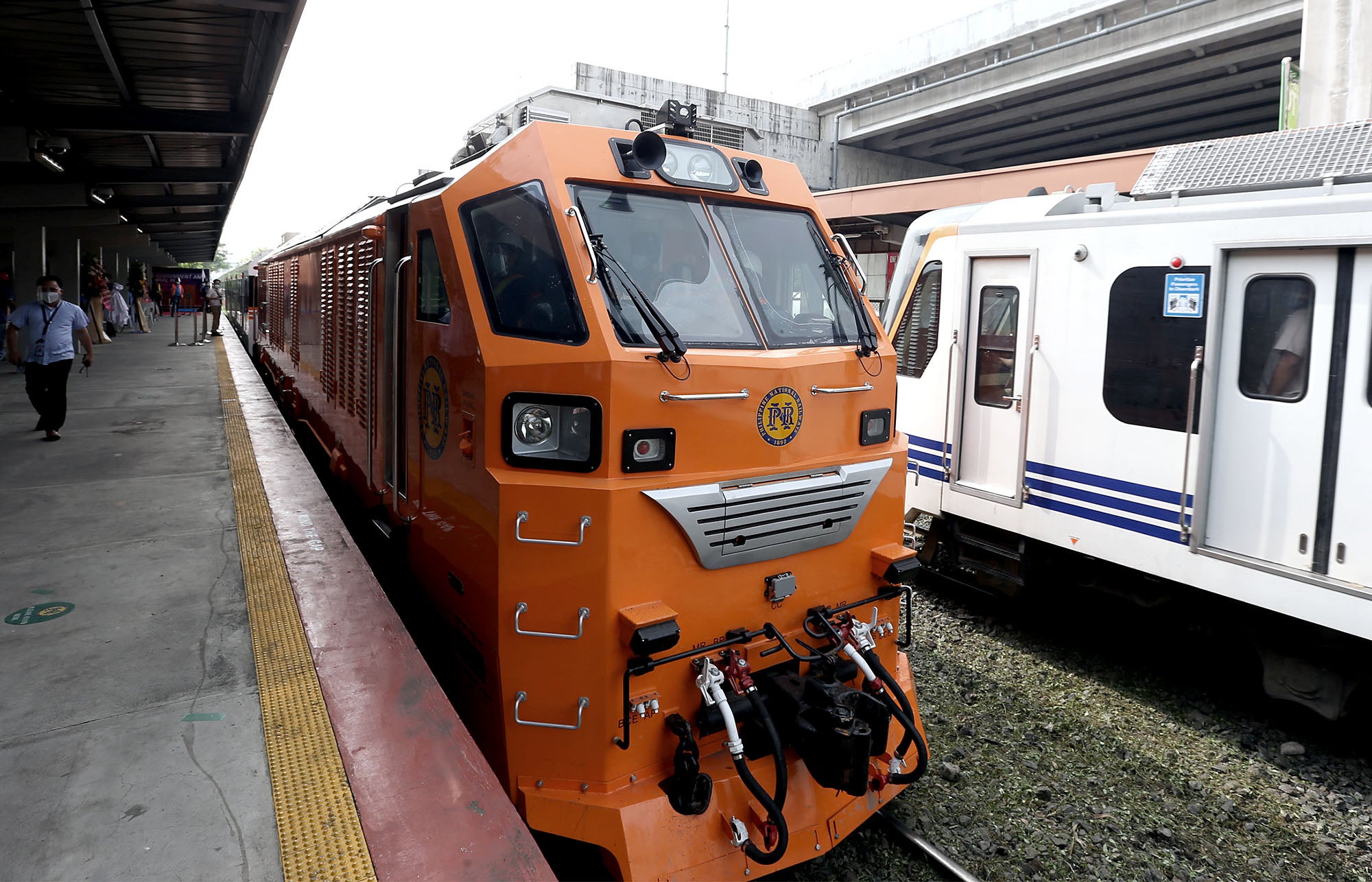 UPGRADES ON TRACK The refleeting program of the Philippine National Railways (PNR) gets a boost with the acquisition of three diesel hydraulic locomotives and 15 passenger coaches from Indonesian manufacturer PT Inka. One of the newtrains is blessed by a priest (inset) and makes an inaugural run on Thursday. It arrives at De la Rosa Station in Makati City, next to another PT Inka train (painted white), which was shipped in 2019. —RICHARD A. REYES

The project started in 2018 with the procurement of 37 cars and three locomotives also from the Indonesian state-run company. The new trains that ran on Thursday were part of those PT Inka vehicles.

In 2019, the PNR fielded two trains with a total of six diesel multiple-unit railcars, which plied the routes from Tutuban in Manila to Food Terminal Inc. (FTI) in Taguig City and from Malabon to FTI.

According to the Department of Transportation (DOTr), the trains have a maximum design speed of 120 kilometers per hour, with high clearance for flooded tracks and an interior access to the engine room.

The project aims to increase the PNR’s capacity to 1,330 passengers per train on a single trip.

‘Change in the PNR’

The DOTr said it was committed to pursue the railway projects under the Duterte administration’s “Build, Build, Build” program, including the upgrading of the PNR and the building of the first Metro Manila subway.

Magno said it had been 50 years since the PNR acquired vehicles, adding that the train project is a “legacy” of Tugade and President Duterte.