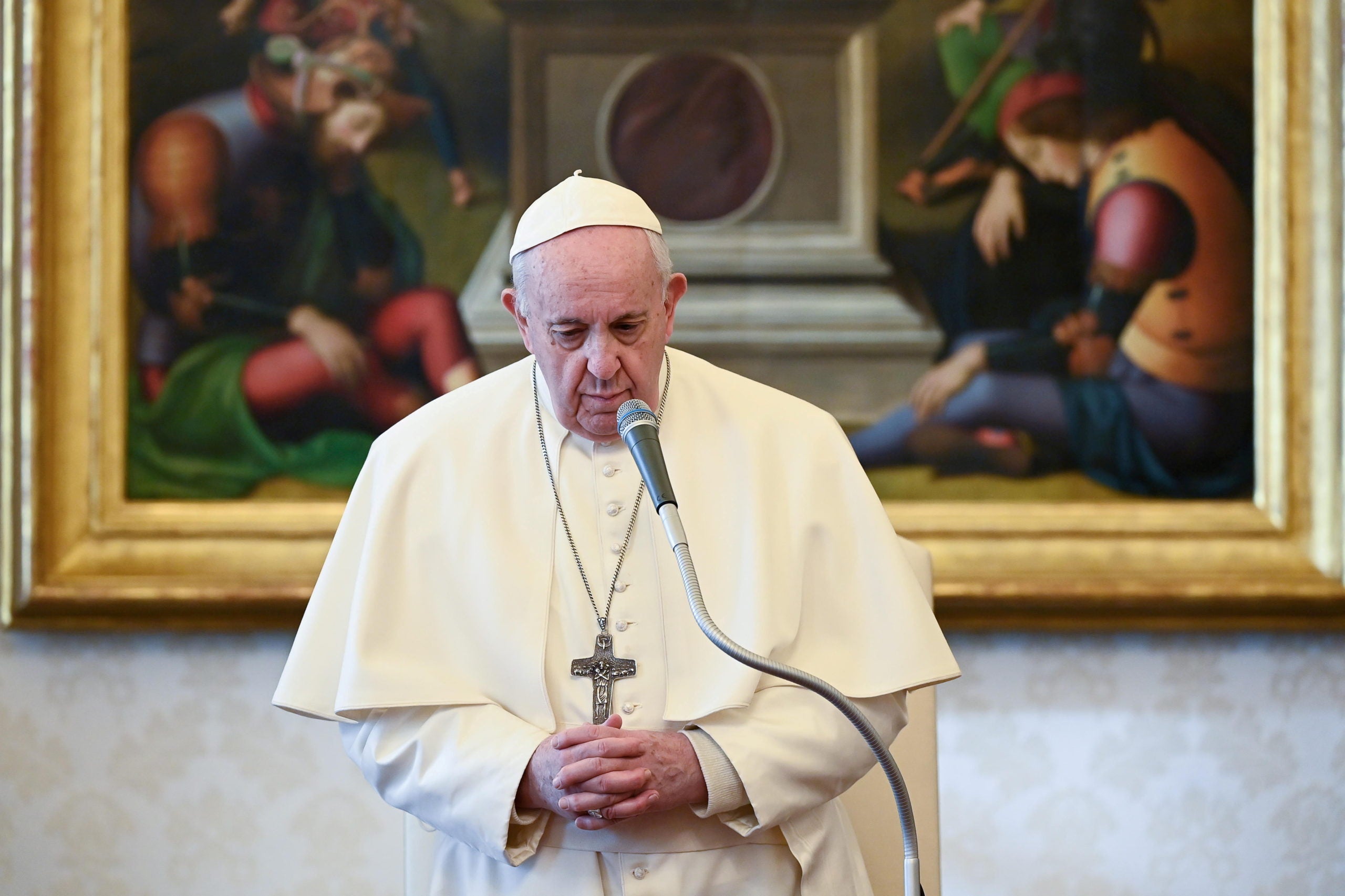 Pope Francis delivers his weekly general audience from the library of the Apostolic Palace, amid the coronavirus disease (COVID-19) outbreak, at the Vatican, January 27, 2021. Vatican Media/Handout via REUTERS

VATICAN CITY— Pope Francis on Wednesday marked the 76th anniversary of the liberation of the Auschwitz death camp by urging people to keep a close watch on ideological extremism, because “these things can happen again.”

He spoke three weeks after displays of anti-Semitism surfaced at the U.S. Capitol riot on Jan. 6 and two weeks after one of Montreal’s largest synagogues was vandalized and almost set on fire.

Speaking at his general audience, held inside the papal library because of coronavirus restrictions, Francis said it was imperative that the world did not forget.

The Nazis and their allies murdered around 6 million Jews, as well as others, in German-occupied Europe.

More than a million people, most of them Jews, were killed at Auschwitz in southern Poland, which was liberated by Soviet troops on Jan. 27, 1945. The vast majority were gassed to death.

Francis said society should never let its guard down against the dangers of nationalism.

“To remember also means being careful because these things can happen again, starting with ideological proposals that claim to want to save a people but end up destroying a people and humanity,” he said.

“Be wary of how this path of death, extermination and brutality started,” he said, referring to the Nazis’ rise to power in the 1930s on a wave a extreme nationalism.

One wore a T-shirt reading “Camp Auschwitz” and another wore a T-shirt with the inscription “6MWE,” a far-right acronym that stands for “6 Million Wasn’t Enough.”