MANILA, Philippines — Netizens on social media could not help but seethe after news broke that events producer and TV host Tim Yap hosted a party in Baguio, with city Mayor and contact tracing czar Benjamin Magalong as among special guests.

Photos and videos of the social gathering that later circulated online showed party participants defying minimum health protocols as they appeared to have not observed social distancing and were not wearing face masks and face shields during the event. The celebration in a hotel inside Camp John Hay was held in the midst of a heightened alert in Baguio City due to an upsurge of Covid-19 cases.

Vince Neil Raphael hit Yap for allegedly being “a perfect example” of privileged people in this time of the pandemic. 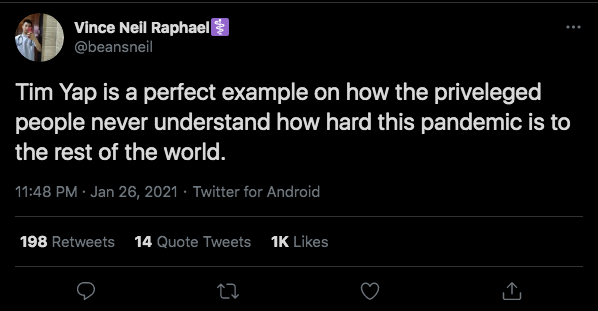 Jisas Sergio, meanwhile, asked Magalong “ok ka lang? (Are you ok?)” when the local chief executive directed the hotel management to explain why it hosted the social gathering but thanked Yap for promoting Baguio tourism. 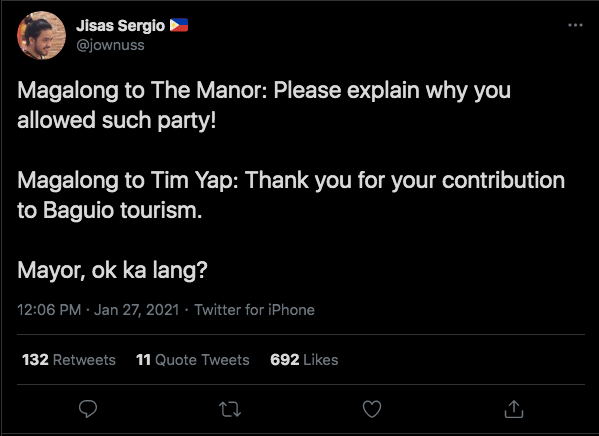 Styles McGee, on other hand, shared his two cents on the matter: “I know it’s his nature to hold extravagant parties, I mean he’s practically known for it, but it’s very disappointing to see that he couldn’t hold back that nature just this once for the sake of the common good.” 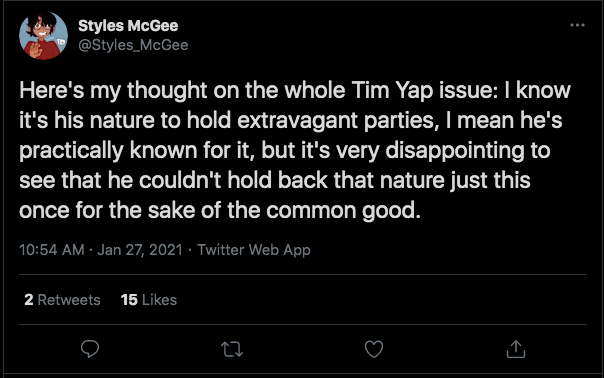 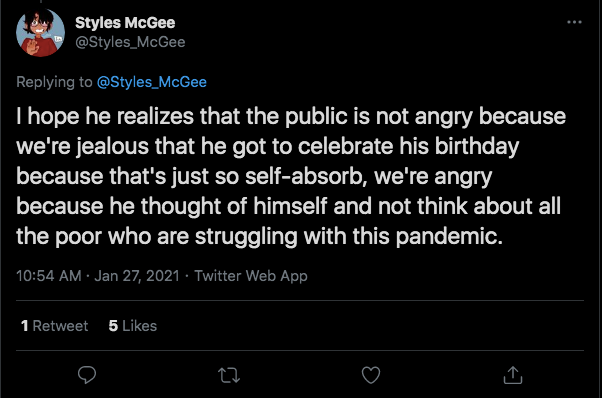 “I hope he realizes that the public is not angry because we’re jealous that he got to celebrate his birthday because that’s just so self-absorb, we’re angry because he thought of himself and not think about all the poor who are struggling with this pandemic,” he added.

Another netizen somehow compared the party to that of the birthday celebration scene from the Oscar-winning South Korean black comedy film “Parasite.” 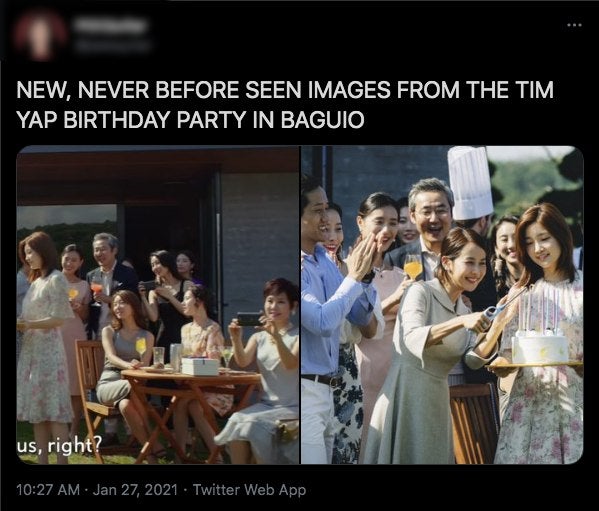 Yap defended his action to throw a birthday party in Baguio City by, saying it was his way of promoting local tourism. He also claimed that all party guests tested negative for SARS-CoV-2.

Magalong, for his part, admitted his oversight in attending the social gathering with his wife.

And since an investigation into the conduct of the party is underway, Magalong assured Yap “not to worry” about it despite the widespread backlash.

“Nagusap na po kami kahapon at binanggit ko po sa kanya, I understand what happened. Everybody was just so engrossed, so engaged kaya kung minsan nakakalimutan,” Magalong said in an interview over Teleradyo.

(We talked yesterday and I told him that I understand what happened, everybody was just so engrossed, so engaged that’s why complying with protocols was forgotten at times.)

(But I told him, don’t you worry about it, your help in promoting Baguio City, for saying good words about Baguio, for your help to our artists, we’re considering all of this. Don’t you worry, we’ll have this thing investigated. They were embarrassed.)