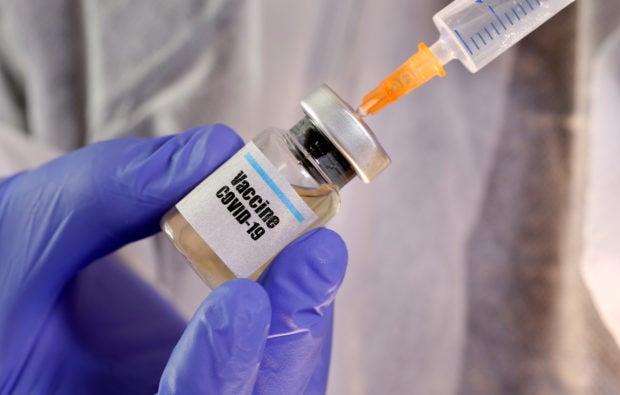 A woman holds a small bottle labeled with a “Vaccine COVID-19” sticker and a medical syringe in this illustration taken April 10, 2020. Image: Reuters/Dado Ruvic/Illustration/File Photo

A rescue paramedic from the United States was arrested on Monday, Jan. 25, after admitting to forging documents for three doses of the coronavirus vaccine by Moderna.

Joshua Colon, who used to work at the Polk County Fire Rescue, claimed that he forged documents for missing vaccines after being pressured by his supervisor, according to an affidavit released by the Polk County Sheriff’s Office yesterday, Jan. 26.

Incidentally, the 31-year-old had just been recognized as paramedic of the year by civic clubs last Jan. 14 for his actions at a highway accident involving multiple vehicles.

Colon was tasked to administer 30 vaccines to first responders on Jan. 6. However, there were discrepancies in the log of those who had received them and the number of forms filled out. He reported 27 administered vaccines and said that three were waste. There were 23 vaccine recipients, but only 21 completed forms, and one form had a missing date of birth.

Colon gave three different names when asked about the incomplete and missing forms. When an investigation took place, it was discovered that two of the names belonged to existing firefighters who did not receive the vaccine and one was a person who did not exist.

The paramedic resigned on Jan. 22. Deputies questioned Colon on Jan. 25, and it was then that he told them that the supervisor told him to report some vaccines as waste because he wanted to procure them for his mother. When he refused his supervisor’s demands, he claimed that the supervisor threatened to tell higher-ups that Colon sold vaccines outside work.

Colon told the deputies that during the incident, his supervisor ordered him to go on a lunch break and when he returned, he noticed three vaccines missing. He said he did not question his supervisor, but was suspicious. When Colon was asked for documents, he decided to complete the forms with fictitious names, email addresses and phone numbers.

Colon was released from custody after posting bond. Investigation was ongoing and seeking to find out the role of the supervisor in the stealing of the vaccines.  /ra