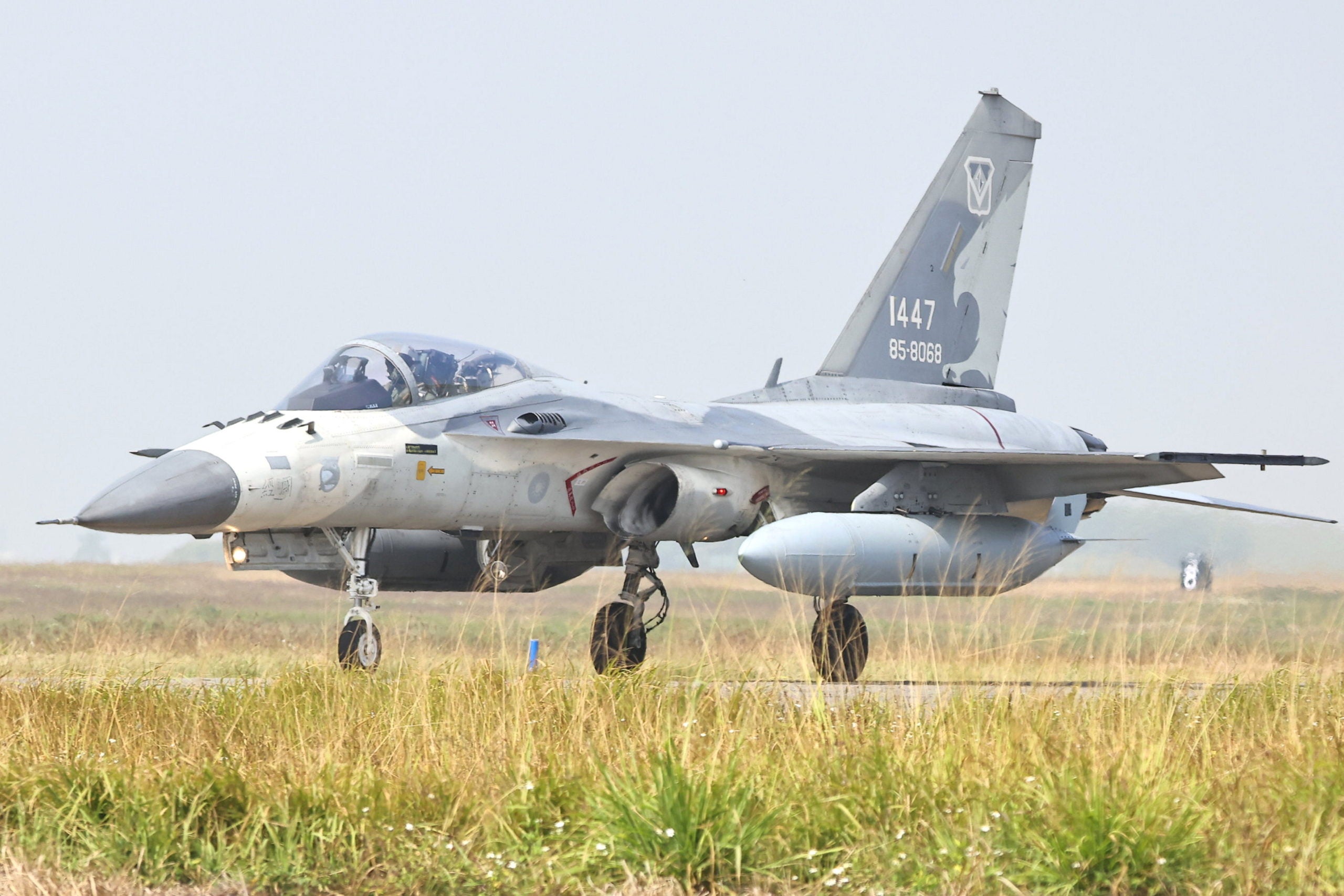 A F-CK-1 Ching-kuo Indigenous Defence Fighter (IDF) is seen at an Air Force base in Tainan, Taiwan, January 26, 2021. REUTERS/Ann Wang

TAINAN, Taiwan—Armed and ready to go, Taiwan air force jets screamed into the sky on Tuesday in a drill to simulate a war scenario, showing its fleet’s battle readiness after dozens of Chinese warplanes flew into the island’s air defense zone over the weekend.

Taiwan, claimed by China as its territory, has been on edge since the large-scale incursion by Chinese fighters and nuclear-capable bombers into the southwestern part of its air defense identification zone on Saturday and Sunday, which coincided with a U.S. carrier group entering the South China Sea.

In a hardened shelter, flight crew from the First Tactical Fighter Wing rushed to ready two IDFs as an alarm bell rang out, aiming to get them off the ground within five minutes of an emergency call, armed with U.S.-made Sidewinders and domestically-developed Wan Chien air-to-ground cruise missiles.

Colonel Lee Ching-shi told Reuters their jets usually go up armed with guns, Sidewinders and Taiwan-made Sky Sword missiles when reacting to Chinese jets and they can respond “at any time”.

“We are ready,” he said during a government-organized visit to the base. “We will not give up one inch of our territory.” 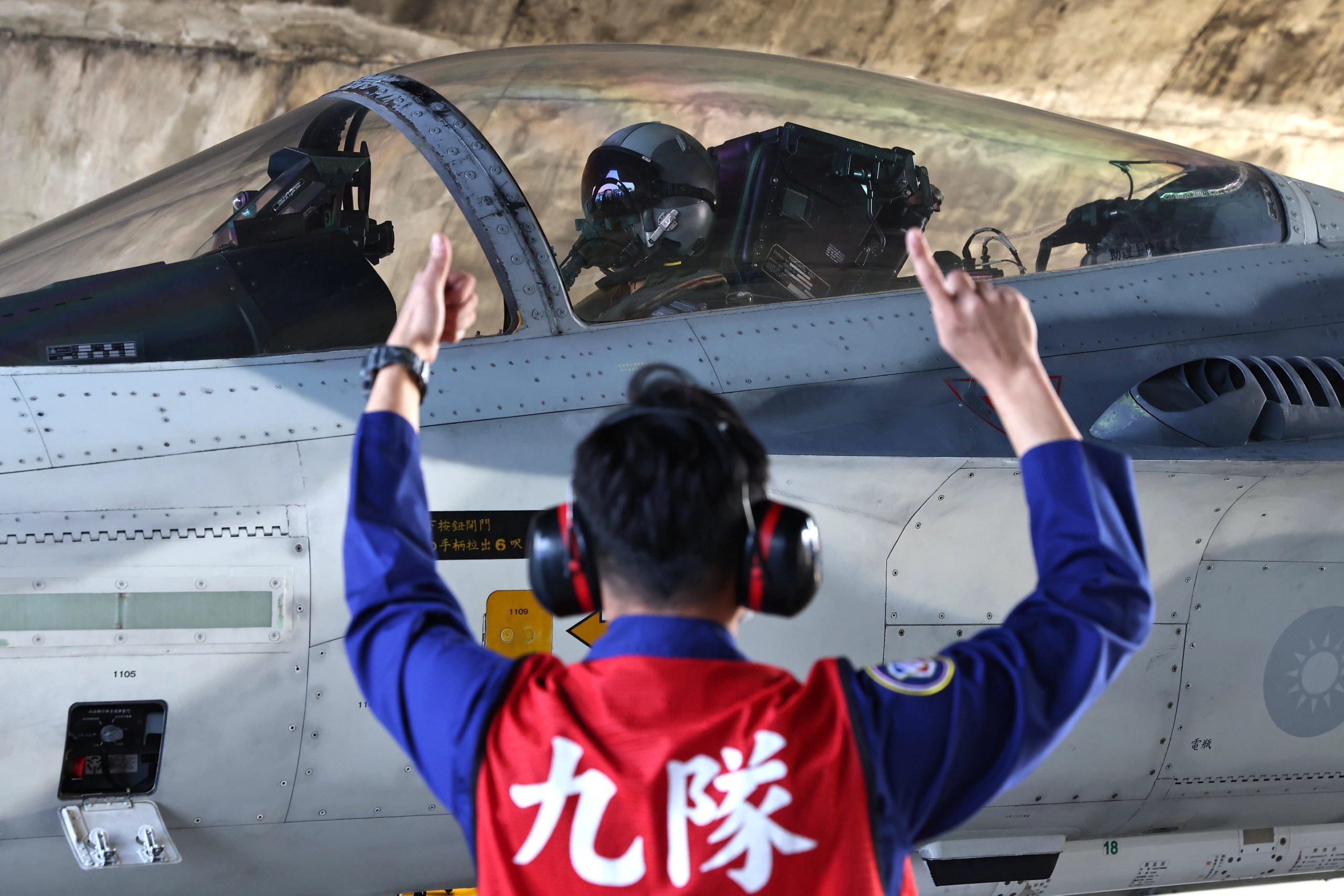 A pilot prepares to take off on a F-CK-1 Ching-kuo Indigenous Defence Fighter (IDF) at an Air Force base in Tainan, Taiwan, January 26, 2021. REUTERS/Ann Wang

Four IDFs carried out tactical formation landing and rolling take off drills, roaring away from the runway.

China has provided no public explanation for what its aircraft were doing at the weekend. Washington responded by calling on China to cease pressuring Taiwan and reaffirming its commitment to the democratic island.

Taiwan’s air force is well trained, but has far fewer combat aircraft than China and has strained under the pressure of almost constantly having to scramble in recent months, responding to stepped up Chinese activity near the island.

“All the wings are under quite a lot of pressure, but as long as the air force is here, we will react according to related battle readiness rules,” said pilot Wang Chih-chan.