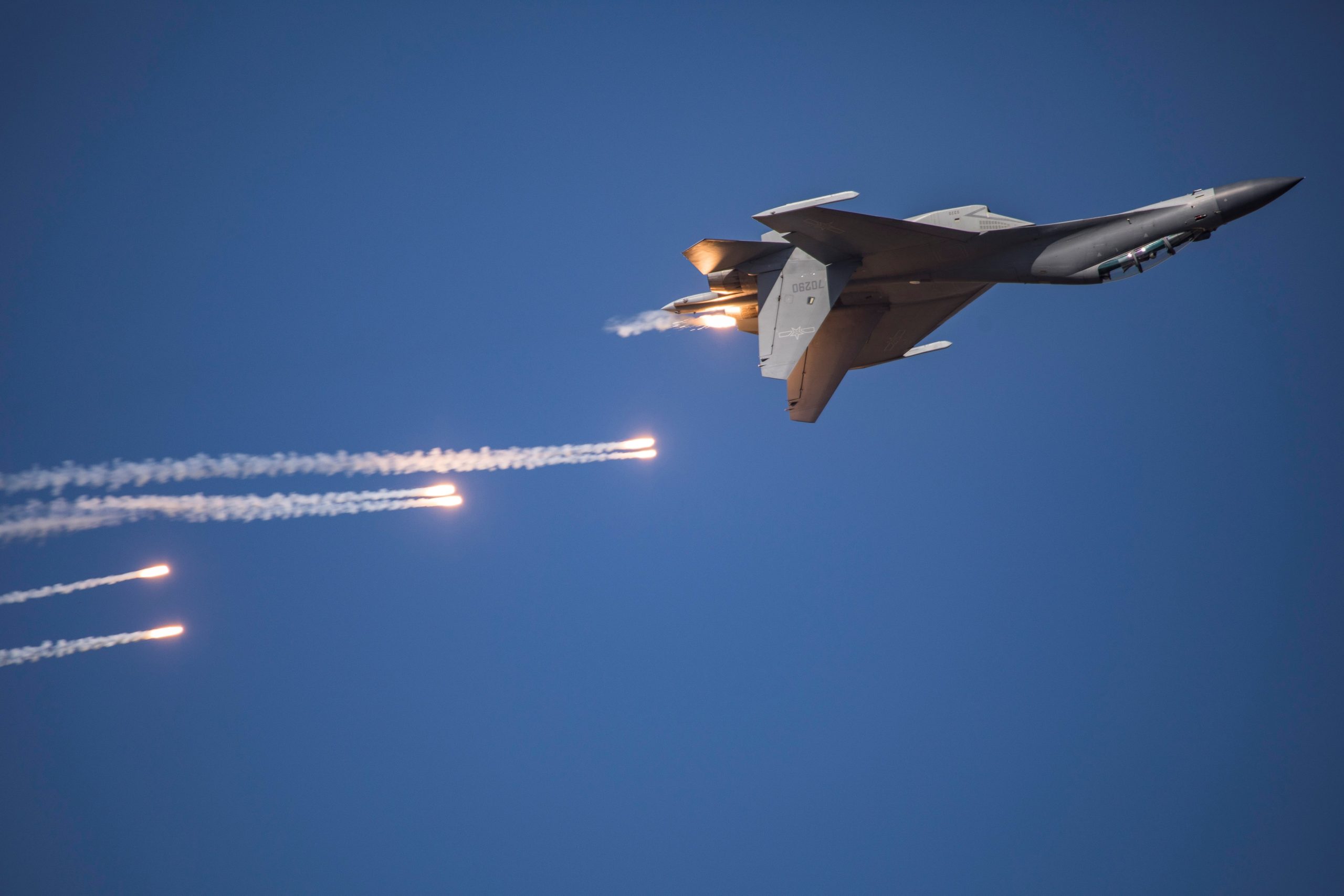 China, which claims Taiwan as its own territory, has conducted almost daily flights over the waters between the southern part of Taiwan and the Taiwan-controlled Pratas Islands in the South China Sea in recent months.

However, they have generally consisted of just one or two reconnaissance aircraft.

The presence of so many Chinese combat aircraft on this mission – Taiwan said it was made up of eight nuclear-capable H-6K bombers and four J-16 fighter jets – is unusual.

A map provided by Taiwan’s Defense Ministry showed that the Chinese aircraft, which also included a Y-8 anti-submarine aircraft, flew over the same waters where the most recent Chinese missions have been taking place near the Pratas Islands, though still well away from mainland Taiwan.

Taiwan’s air force warned away the Chinese aircraft and deployed missiles to monitor them, the ministry added, using standard wording for how it responds to such activities.

“Airborne alert sorties had been tasked, radio warnings issued and air defense missile systems deployed to monitor the activity,” it said in a brief statement.

There was no immediate comment from China. In the past, China has said it has been carrying out exercises to defend the country’s sovereignty and security.

Last year during visits by senior U.S. officials to Taipei Chinese aircraft briefly crossed the median line of the Taiwan Strait, which normally serves as an unofficial buffer.

The flight by the Chinese bombers and fighters on Saturday came just days after Joe Biden assumed the U.S. presidency.