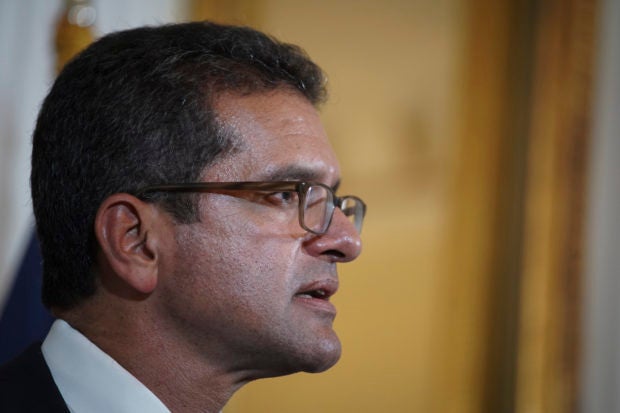 MIAMI — Puerto Rico declared a state of emergency on Monday over its deep-rooted problem of violence against women, creating new measures that activists have demanded for years to battle a deadly tide.

The US territory has seen sustained levels of violence that on average result in one woman’s death per week, a 2019 report said, echoing the problem in other Caribbean and Latin American countries.

The declaration, which is also to offer protection to gay and transgender people, includes measures like creating a mobile app for victims to request help and report attacks.

Authorities are to create a new program to monitor women who have taken out restraining orders against abusers, and a new committee will be responsible for enforcing policies and proposing other measures.

Puerto Rico Governor Pedro Pierluisi said the order aims to combat “an evil that has caused too much damage for too long”.

“Victims have suffered the consequences of systematic machismo, inequity, discrimination, lack of education, lack of guidance and above all lack of action,” he added in a statement.

The declaration defines sex or gender-based violence as conduct that causes physical, sexual or psychological harm to another person motivated by stereotypes.

According to a 2019 report from non-profit advocacy groups Proyecto Matria and Kilometro Cero, one woman is killed every seven days in Puerto Rico.

Latin America and the Caribbean are among the most dangerous regions for women.

Rights groups have drawn attention to the issue in recent years, staging protests and securing key demands, such as the legalization of abortion in Argentina.

Rights groups on the island welcomed the new declaration, though not perfect, as a first step toward saving women’s lives.

Vilmarie Rivera, president of the Puerto Rico Domestic Violence Shelter Network, said “the government has recognized that there is a problem that we have to address as a priority.”

However, she added that details such as the way in which femicides and transfeminicides are reported, in addition to the inclusion of gender issues in the school curriculum, need to be refined.

“Today is a great day for women, girls and all the people who have believed in the declaration of a state of emergency for gender violence, which we had been requesting for three years,” said Lisdel Flores, director of Hogar Ruth, a shelter for women victims of violence.