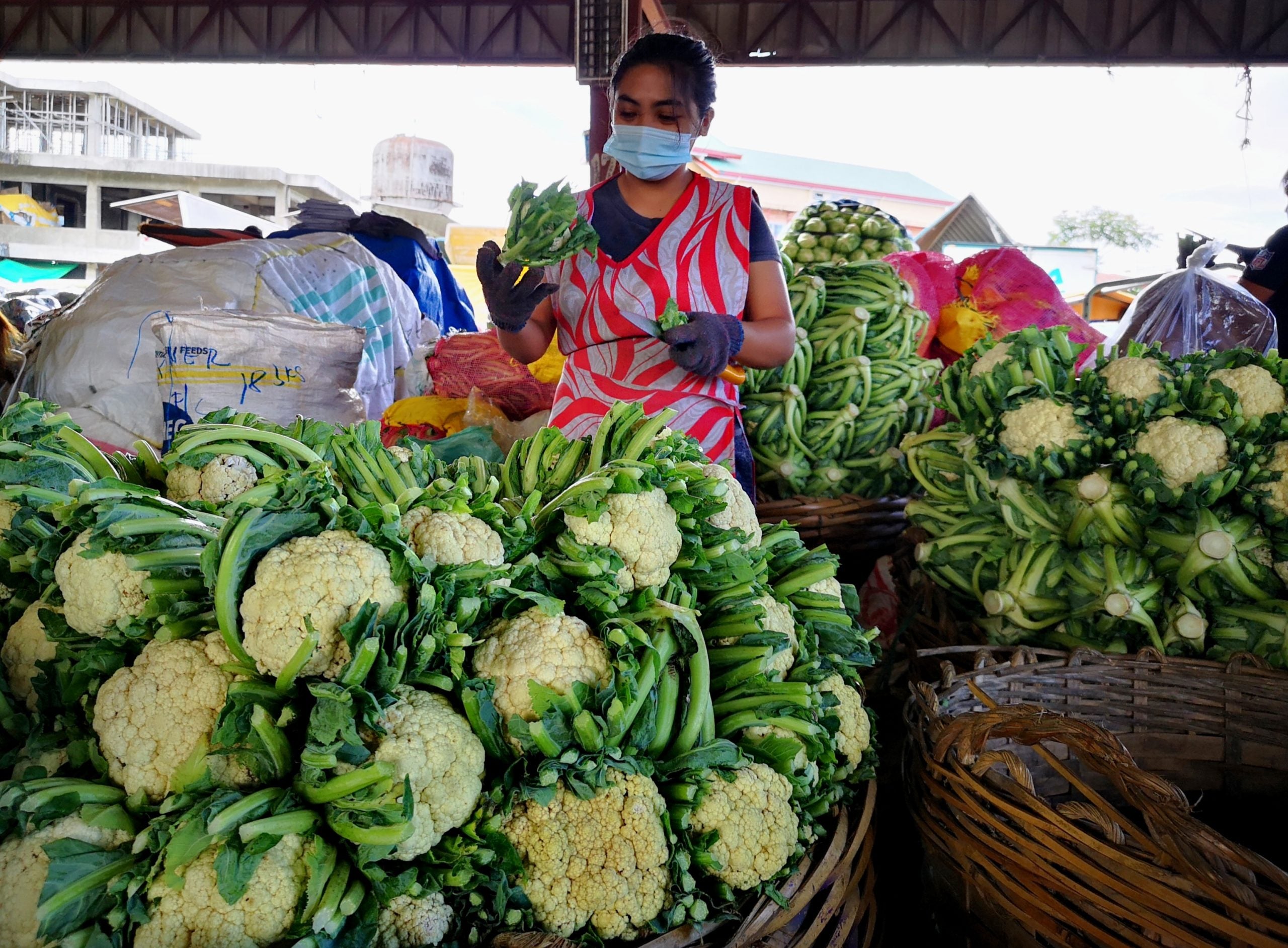 LIMITED SUPPLY Farmers and vendors at the La Trinidad Vegetable Trading Post in Benguet province go about their business, preparing to sell and ship fresh harvests to their dealers. Prices, however, are high as there is not enough supply to meet the needs of big markets like those in Metro Manila. —EV ESPIRITU

LA TRINIDAD, Benguet — Prices of vegetables and other agricultural products here remained unstable due to the lean season that has been aggravated by the ongoing pandemic and recent typhoons, officials said.

Agot Balanoy, public relations officer of the league of vendors’ associations at the La Trinidad Vegetable Trading Post, said the onslaught of Typhoons “Ulysses” and “Rolly” (international names: Vamco and Goni, respectively) during the last quarter of 2020 had reduced the supply of some vegetables in Luzon.

He said farmers began to replant their fields only in December with fresh produce expected to pick up sometime in February or March.

Benguet supplies over 80 percent of the country’s salad vegetables such as carrots, cabbages, cauliflower, beans and lettuce, which are packed in trading posts here.

It was in September last year when prices of cabbage and chayote dropped to as low as P4 per kilo, and those of potato and lettuce to P15 to P25 per kilo due to transport restrictions.

The prices of vegetables grown in Benguet surged in November last year when supply dropped due to incessant rains that destroyed farms.

As of Friday, cabbages were already being sold by as much as P100 per kilo while the prices of potato and lettuce fetched between P20 and P36 per kilo.

Prices of other homegrown vegetables, such as bell pepper, also rose to P160 to P180 per kilo this month from P90 to P100 per kilo last year.

“The series of typhoons damaged most of the vegetables being grown in lowland provinces of Luzon, except for salad vegetables grown in Benguet, which has been filling up the vacuum,” said Cameron Odsey, Cordillera director of the Department of Agriculture.

In Nueva Ecija, onion supplies were not just affected by the typhoons but have been ravaged by harabas (armyworms) in two villages of Bongabon town, the country’s onion basket.

Agriculturists are currently waging a campaign to rid Barangay Macabaclay of the pests using sex pheromone lure traps (Spodoptera exigua) to prevent the insects from reproducing.

Unfavorable weather brought by last year’s typhoons and the pest attacks damaged 113 hectares out of the total 1,150 ha of onion farms, Gamilla said. But 30 metric tons of bulbs were harvested by off-season planters. — KIMBERLIE QUITASOL, VINCENT CABREZA AND ARMAND GALANG