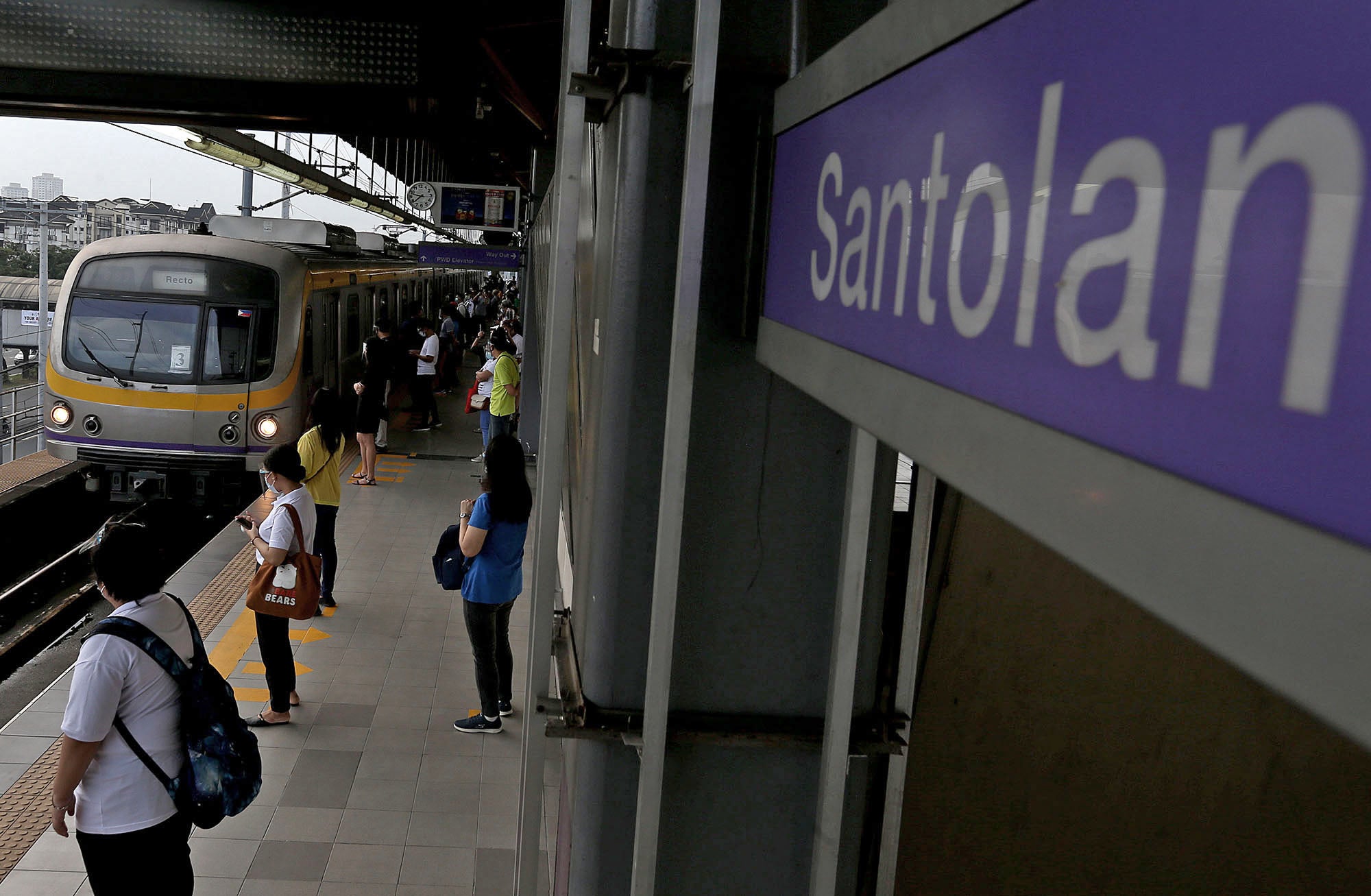 BACK IN OPERATION Three stations of the Light Rail Transit Line 2 (LRT 2)—Santolan, Katipunan and Anonas—are reopened on Friday, more than a year after a fire caused by a malfunctioning power rectifier forced their closure. The trains, however, must still limit their speed to 30 kilometers per hour when passing through these stations until repair works are completed, according to the LRT 2 management. —RICHARD A. REYES

MANILA, Philippines — More than a year after a fire shut down three stations of the Light Rail Transit Line 2 (LRT 2), the rail line management formally reopened the Santolan, Katipunan and Anonas stations on Friday, but the trains would operate at restricted speeds.

Light Rail Transit Authority (LRTA) said its safety and security division had recommended the reopening of the three stations after conducting all the necessary tests to ensure safe and reliable operations.

“We will resume whole line operations with limitations and restrictions while the full restoration and repairs of the fire-damaged Rectifier Substation Nos. 5 and 6, signaling and telecommunications are simultaneously being undertaken,” Reynaldo Berroya, administrator of the LRTA, said on Thursday.

But the LRTA will implement a speed restriction of 30 kilometers per hour. —Mariejo S. Ramos