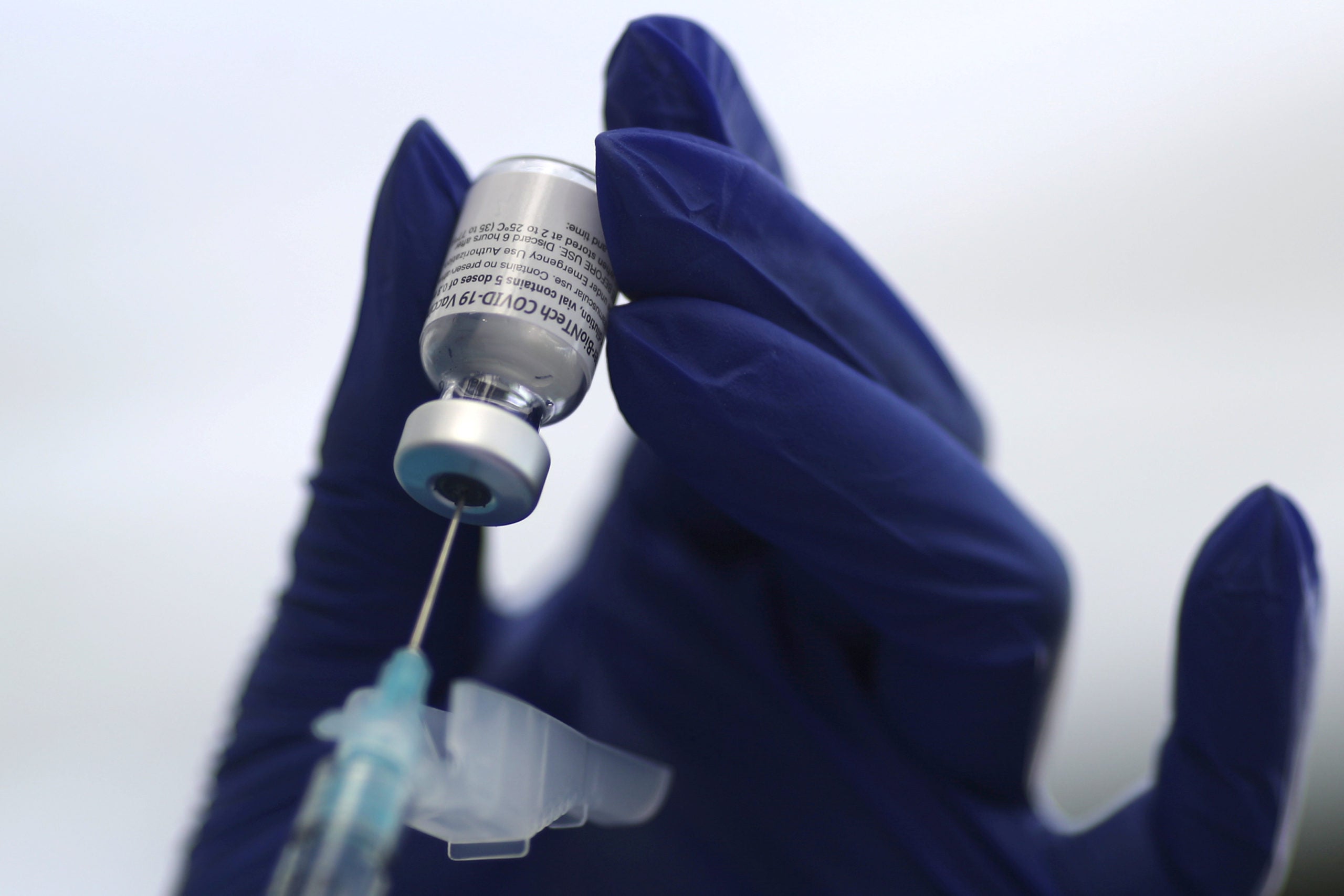 FRANKFURT—The COVID-19 vaccine developed by Pfizer and BioNTech is likely to protect against a more infectious variant of the virus discovered in Britain which has spread around the world, according to results of further lab tests released on Wednesday.

The encouraging results from an analysis of blood of participants in trials are based on more extensive analysis than those released by the U.S. drugmaker last week.

The latest study, posted on bioRxiv.org but not yet peer reviewed, was conducted on a synthetic virus with 10 mutations that are characteristic of the variant known as B117 identified in Britain.

Among the 11 authors of the study are Ugur Sahin and Oezlem Tuereci, co-founders of BioNTech. Sahin is chief executive and his wife Tuereci is chief medical officer.

It provides further hope as record numbers of daily deaths from COVID-19 are reported in Britain, which is believed to be driven by the more transmissible variant. It also means vaccine development would for now not have to start all over again.

But the virus needs to be continuously monitored to check that changes maintain protection by vaccines, the study said.

For the test, blood samples drawn from 16 vaccinated participants in prior clinical trials were exposed to a synthetic virus called pseudovirus which was engineered to have the same surface proteins as B117, as characterized by 10 hallmark mutations.

The antibodies in the blood of the volunteers given the vaccine, known as Comirnaty, or BNT162b2, neutralized the pseudovirus as effectively as the older coronavirus version that the product was initially designed for.

Experts said the findings were reassuring and not surprising and results from similar studies on the South African variant would be keenly watched.

“This makes it very unlikely that the UK variant will escape from the protection provided by the vaccine,” said Jonathan Stoye, a specialist in virus science at Britain’s Francis Crick Institute. “It will be interesting to carry out the same experiments with the South African variant.”

BioNTech has said it plans to publish a more detailed analysis of the likely effect of its vaccine on the South African variant within a few days.

The world is pinning its hopes on vaccines to rein in the coronavirus, first detected in the central Chinese city of Wuhan at the end of 2019, as many countries impose tighter and longer lockdowns to try to bring the pandemic under control.

The variants are said by scientists to be more transmissible than previously dominant ones, but they are not thought to cause more serious illness.

“The South African strain has been detected in the UK – albeit currently in small numbers – but does seem to be increasing in recent weeks,” said Paul Hunter, a professor in medicine at Britain’s University of East Anglia.

“Variants with this mutation could reduce vaccine efficacy, though most likely all current vaccines would still be highly effective.”

Experts have called for continued testing to establish whether vaccines will protect people as the virus mutates. COVID-19 has killed more than 2 million people worldwide.

Preparation for potential COVID-19 vaccine strain changes would be “prudent,” the study said on Wednesday.

The Pfizer/BioNTech COVID-19 vaccine and the one from Moderna Inc, which both use synthetic messenger RNA technology, or mRNA, can be quickly adapted to address new mutations in the coronavirus if necessary. Scientists have suggested the changes could be made in as little as six weeks.

AstraZeneca, Moderna and CureVac are also testing whether their respective shots will protect against the fast-spreading variants. They have not released the results of those tests.