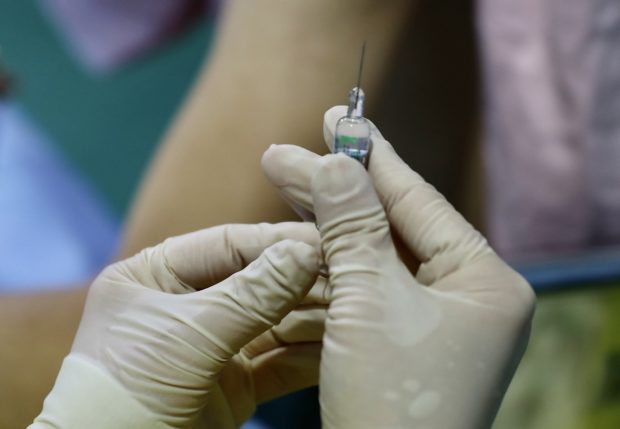 MANILA, Philippines — The Bureau of Customs (BOC) said Wednesday it “remains committed” to seize illegal COVID-19 vaccines and apprehend unscrupulous individuals amid reports of black market vaccines being distributed and administered in the country.

The bureau said enhanced data gathering and coordination with law enforcement agencies are underway to crack down on smuggled vaccines as a part of their preparation for the influx of vaccines in the country.

BOC, in its media release, cited reports of black market vaccines being distributed and administered in the country. The bureau did not mention a specific report but a recent Washington Post story detailed an alleged underground distribution of the vaccine involving Chinese workers in the country.

“Amidst reports of black market vaccines being distributed and administered in the country, the Bureau remains committed in seizing such items and apprehending unscrupulous individuals,” the BOC stated.

Filipino-Chinese civic leader Teresita Ang See earlier disclosed the same thing in a recent news forum wherein she said that some 100,000 Chinese, most of them workers from the Philippine offshore gaming operators (Pogos) industry had received shots for COVID-19 in November and December.

At the same time, Ang See criticized the government’s “failure of intelligence” in failing to get wind of clandestine vaccinations of thousands of Chinese nationals in the country, as she bewailed that the burden of getting more information about illegal inoculations was being put by state forces on her.

Meanwhile, the bureau said that preparations to facilitate the entry of approved COVID-19 vaccines into the country have started.

The bureau said the Port of NAIA has started  last January 13 to14  its coordination with concerned government agencies, facilities and regulatory agencies aimed at expediting the release of the vaccines upon their arrival.

Other ports are also in the process of completing their own respective coordinations to discuss protocols, permits and facilities necessary to expedite release of the approved vaccines, BOC said.

BOC also bared plans to utilize its one-stop shop in processing the influx of vaccines into the country, a system which the bureau said was effective during the height of the pandemic when Personal Protective Equipment (PPE) were released in a systematic and expeditious manner to contain the spread of the virus.

“The one-stop shops are expected to be more efficient this time around with the Port Customer Care Centers (CCC) now fully operational with online systems more accessible to the public,” BOC said.