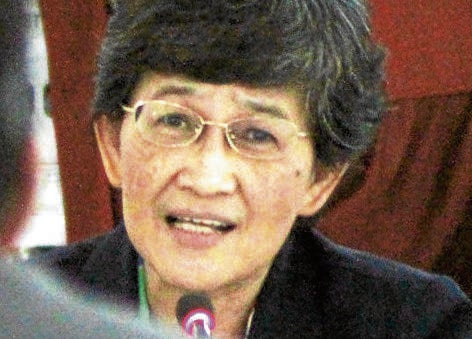 MANILA, Philippines — Chinese-Filipino civic leader Teresita Ang See criticized the government’s “failure of intelligence” regarding clandestine vaccinations of Chinese nationals in the country against the new coronavirus and complained that the burden of getting more information about illegal inoculations was being put on her.

Ang See told a news forum on Monday that about 100,000 Chinese, most of them workers for the Philippine offshore gaming operators (Pogos) received shots for COVID-19 last November and December.

“I am in a very unpleasant situation now because of the government’s failure of intelligence,” she told the Inquirer. “I’m being hounded now by government officials asking me for information … I cannot give [them] my source.”

Before she reported the local vaccinations of Chinese nationals, the country was stunned by President Duterte’s own admission that some soldiers had already been vaccinated with the Chinese-made Sinopharm vaccine.

Administration and military officials later said the soldiers were the close-in security detail of the President from the Presidential Security Group.

Mr. Duterte’s disclosure triggered investigations of violations of Philippine law on the use of a vaccine that had not been approved by the Food and Drug Administration (FDA).

The National Bureau of Investigation has been ordered by the justice department to conduct a probe, while the Senate is also planning to open its own inquiry.

Ang See said in a phone interview that some of her sources were reports on WeChat, QQ and Weixin.

There were also “specific news reports” about Philippine government officials inoculated with a vaccine from China.

“One of the accounts say they (inoculations) have the blessing of Chinese Embassy, but the embassy denied,” she said.

She herself was “not sure of that” information, she told the Inquirer.

Ang See said the responsibility of naming these officials who were surreptitiously vaccinated must not be hers.

Ang See said one of the Pogo workers told her his boss gave him the vaccine “because our boss wanted to protect us.”

One Chinese-made vaccine was “imported” into the country and sold in the black market, she said. The original price of P2,500 per dose was jacked up to P10,000 to P15,000, she said, quoting one of her unidentified sources.

“The Philippine government has clearly required that no institution or individual is allowed to inject the new crown vaccine of unknown origin without permission from the health department,” it said.

It advised Chinese citizens “not to believe rumors and get vaccinated privately to avoid being deceived and endangering their personal safety.”

Sen. Risa Hontiveros on Tuesday said the government should immediately act to identify and prosecute those behind the “smuggled and unverified” COVID-19 vaccines.

The senator said the government cannot dismiss reports attributed to Ang See about the use of the unregistered vaccine.

“Unregistered pharmaceuticals are actively smuggling, distributing and selling unauthorized vaccines in the country and our regulatory agencies don’t seem to be ringing the alarm loud enough. This is clearly a crime under our laws,” Hontiveros said in a statement.

“Why is it that when a regular citizen is without a mask or is attending a prohibited party they are arrested and imprisoned? But when Chinese nationals or government officials use illegal vaccines, they are covered up and allowed?” she said. “Why does it seem like the one leading in allowing these contrabands is our own government?”

Detained Sen. Leila de Lima said on Twitter that what happened was “another proof that, under the Duterte regime, the Chinese are more privileged than Filipinos, freely violating our laws.”

“We are second-class citizens in our very land,” the senator said.

Senate Minority Leader Franklin Drilon called for a congressional inquiry into the vaccinations.

“It is illegal,” he said in a statement. “In aid of legislation, the Senate must elicit information from other sources on how to strengthen the FDA and the Bureau of Customs to prevent similar episodes in the future.”

—With reports from DJ Yap and Zac Sarao