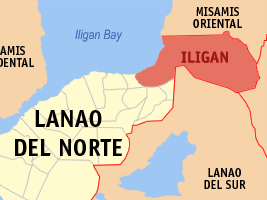 ILIGAN CITY – Police in Lanao del Norte are investigating the possible involvement of local affiliates of the terror group Islamic State (IS), in the killing of three soldiers and a civilian in Poona-Piagapo town on Thursday morning.

Citing the account of several witnesses, Maj. Salman Saad, information officer of the Lanao del Norte police, said that around six gunmen were in black outfits, similar to IS fighters.

Wearing civilian clothes, the soldiers descended from their detachment in Barangay Tangclao and were bound for Baloi town to buy food supplies when they were ambushed at around 8:45 a.m. as they crossed Radapan River towards nearby Pantao-Ragat town.

This is the first attack against military personnel in Lanao del Norte in years.

The area is also just several kilometers away, through a forested mountain, from Piagapo town in Lanao del Sur where IS gunmen involved in the Marawi siege are believed to be maintaining hideouts.

A civilian, identified as Camilo Andog, 18, was also hit by gunfire and died on the spot.

Saad said Andog was cleaning his motorcycle in the river when the shooting happened.

The gunmen also fired at a pickup trailing the soldiers.   A source from the area said the vehicle carried an entire family who was to attend a wedding ceremony.

One of those onboard, a certain Hadji Amen Sumagumba, was slightly injured as a bullet grazed his chin. He was rushed to a hospital in Iligan City for treatment.

The gunmen sped off using the motorcycle of a slain soldier and that of Andog, according to Saad, after taking the phones and wallets of the soldiers.

The two motorcycles were later found in a hinterland village of Pantao-Ragat town, he added, possibly abandoned there by the fleeing gunmen.

On Friday, the Lanao del Norte provincial police called for a command conference to discuss the incident.

“We are still establishing the circumstances and we do not have any other information at the moment,” said Brig. Gen. Facundo Palafox IV, commander of the Army’s 2nd Mechanized Infantry Brigade.

The flag at the soldiers’ battalion camp was flown at half-staff starting on Friday to mourn their death.

Read Next
Indonesia hunts for survivors as quake death toll hits 56
EDITORS' PICK
822 NPA-free barangays set to get P20-M gov’t aid — Esperon
Don’t waste the hope of vaccines, warns WHO
Pope Francis to meet top cleric Sistani on second day in Iraq
Every Filipino home can now be a smart home with realme TechLife
Nestlé Philippines’ ‘NESCAFÉ Plan’ bags Grand Anvil at PRSP 56th Anvil Awards
Smart reinforces superiority with best speed and mobile video experience in PH
MOST READ
So: I lacked connections to succeed in PH ‘culture’
How to lose a Filipino genius: Wesley So officially a US citizen
Jesuit lawyer, constitutionalist Fr. Joaquin Bernas dies at 88
Robredo on Sara Duterte leading poll surveys: Why are Filipinos drawn to leadership of this kind?
Don't miss out on the latest news and information.