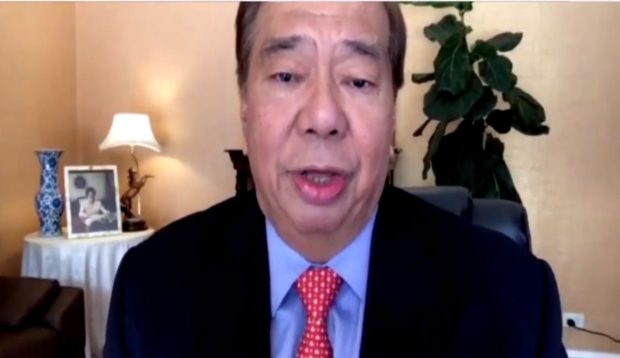 MANILA, Philippines — A veteran lawmaker on Thursday hit the assertion of a House committee that it is now sitting as a constituent assembly (con-ass) as it opened discussions on amending the 1987 Constitution.

Senate Minority Leader Franklin Drilon said the claims of the House of Representatives committee on constitutional amendments bypassed the plenary powers of Congress and “basically hijacked the Senate.”

Drilon warned that such a move by a lower House panel “sets a dangerous precedent.”

“It sets a dangerous precedent. They are testing the waters. I see a sinister agenda behind this baseless assertion,” he added.

He even explained that since the committee is dealing with proposals to revise the Charter, it is already sitting as a con-ass “exercising our constituent power.”

“Aba, round one pa lang nagkakadayaan na. How can we even trust them?” Drilon continued.

He then called on other senators as well as the public to be critical and vigilant “about these fresh attempts for a Charter change.”

“It is obvious how far they are willing to go to pass Cha-cha,” he added.

Drilon, a former justice secretary, said a committee cannot convene itself into a con-ass without a concurrent resolution passed separately by the Senate and the House of Representatives.

“I’ve seen this before. I think Rep. Garbin is laying the basis to claim that the House alone, without the Senate, can propose amendments to the Constitution. That would be unconstitutional,” Drilon said.

“They are trying to set the stage that will make it easier to amend the Constitution. We will oppose that. We are a bicameral Congress and we must act separately,” he added.

Further, he said that declaring a committee, just because it convened to tackle amendments to the Constitution, as already a con-ass “is misleading.”

“You cannot fulfill the requirement of the Constitution without the Senate,” the minority leader pointed out.

He cited Article XVII, Section 1 of the 1987 Constitution which states that “any amendment to, or revision of, (the) Constitution may be proposed by the Congress, upon a vote of three-fourths of all its members; or a constitutional convention.”

He also said the 1987 Constitution was clear in stating that “amendments to or revision of the Constitution requires a vote of three-fourths of all of the members of the Senate and the House of Representatives, voting separately.”

In order that the House and the Senate can propose amendments to the 1987 Constitution, Congress, with the two houses voting separately, must first convert itself through a resolution into a con-ass, Drilon explained.

“Without that authority, without Congress authorizing itself to convert into a constituent assembly, then Rep. Garbin’s declaration that his committee is already convened into a con-ass is invalid,” he said.

“By no stretch of the imagination, can one Committee of one chamber of Congress be the constituent assembly envisioned by the Constitution. The Constitution is clear – amendments or revisions may be proposed by the Congress upon a three-fourths vote of all its members,” he added.

Garbin’s panel “is a mere committee and is clearly not a constituent assembly,” according to Drilon.

“To subscribe to a different interpretation is to contravene the Constitution,” he added.

The senator said that such a declaration by a House panel showed how far the supermajority in the House of Representatives would go to “railroad” changes to the Charter.

Garbin, however, denied that his panel is rushing to amend certain provisions of the Constitution.

A kick in the Con-ass: Sotto blasts House panel’s rush to tackle Cha-cha