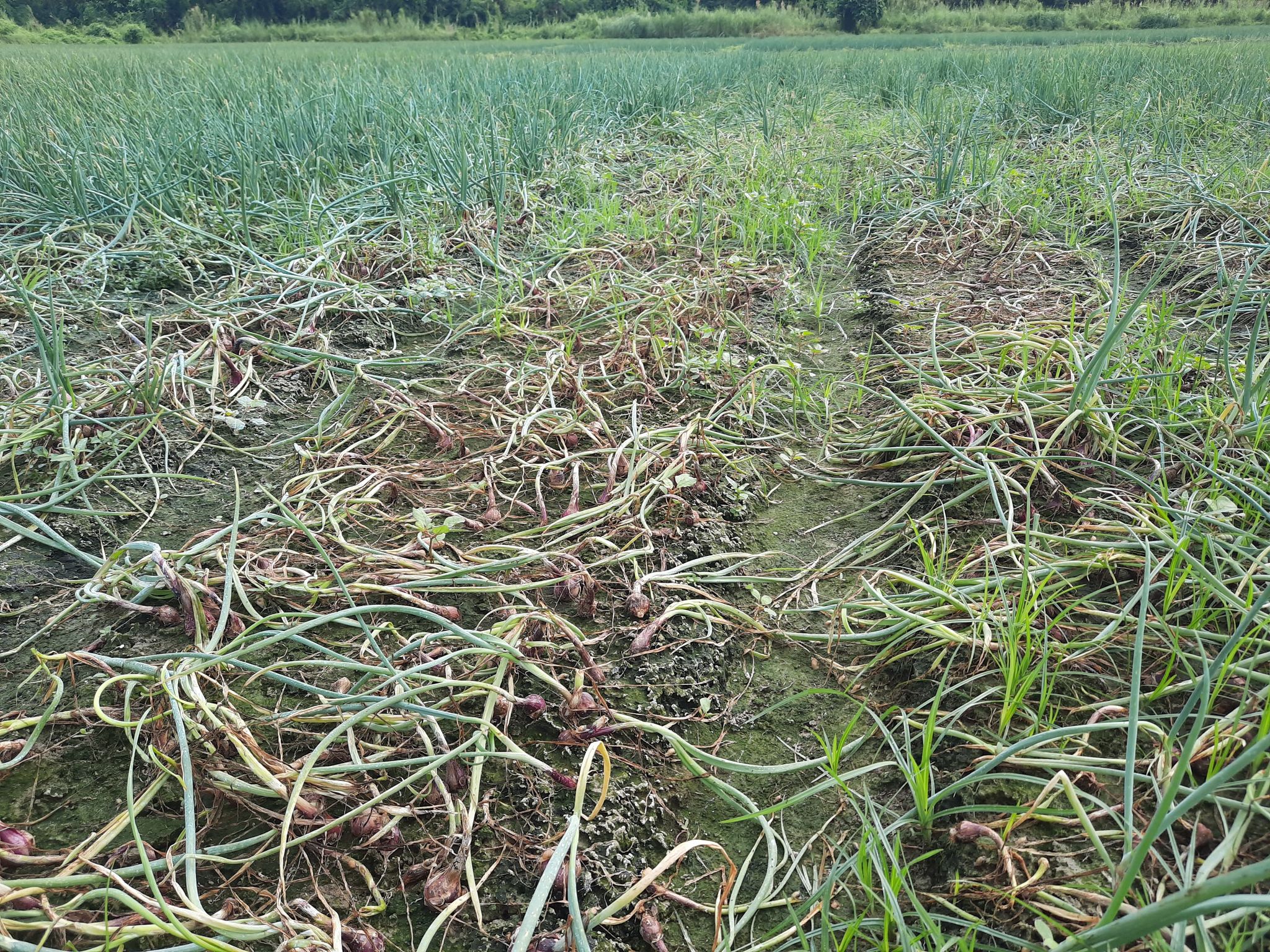 At least 700 hectares of onion farms in Bayambang, Pangasinan were infested by armyworms that suck the sap from onion leaves, eventually killing the plants. (Contributed photo).

BAYAMBANG, Pangasinan –– Onion farmers of this agricultural town have asked the Department of Agriculture to send scientists or experts who could help eradicate armyworms, locally known as “harabas,” that have been destroying onion plantations.

Farmer Dean Roque, 52, of Barangay San Gabriel 1st, said while farmers like him were spending too much on pesticides, these could hardly control the armyworms.

“I still have plants left but my almost 2-hectare farm in Pogo village has been totally devastated,” Roque told the Inquirer by phone on Wednesday.

As of Wednesday, the pests have already destroyed 700 ha of onion farms, said Mayor Cesar Quiambao.

Quiambao said a representative of the DA has inspected the affected farms and provided free pesticides to the farmers.

These pests attack at night and breed in grassy patches near the farms. A female worm could lay up to 1,000 eggs that hatch into a million worms. The worms suck the sap from onion leaves, eventually killing the plants.

In recent years, this town was placed under a state calamity due to the infestations that destroyed over 800 ha of onion plantations.