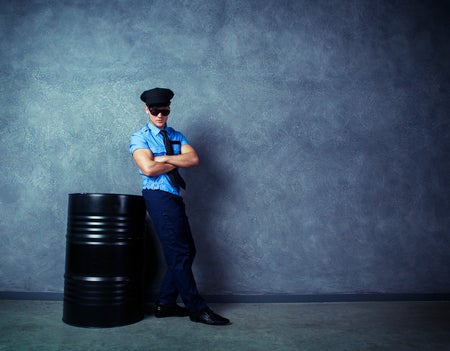 Police officers got mistaken for strippers when they raided a swinger party in the city of Mar del Plata, just south of Buenos Aires in Argentina.

Argentina currently enforces restrictions on social gatherings as a protective measure against COVID-19. Over 1.7 million people have been infected with the novel coronavirus in Argentina, while more than 44,000 fatalities have so far been recorded.

In the late evening of Sunday, Jan. 10, authorities arrived at the scene that they described as being “bizarre,” where around 12 couples, aged 35 to 55, were eating meals and partying to music. Mattresses were said to be spread out across the floor.

When police knocked on the door, the attendees reportedly waved them inside, confusing them to be strippers in costume rather than actual police officers, according to the report.

“When they saw us, they thought we were part of the show, that we were strippers!” one of the officers told local media outlet Infobae as cited by the newspaper.

A woman reportedly even approached one of the officers and told him “you get me hot.” When they found out that they were real policemen, however, one of the attendees commented that it was a “pity” and that “when I saw them, I thought dessert had arrived.”

The venue has since been shut down while the case was assigned to federal prosecutors in Mar del Plata, the report said. The attendees of the said party did not give the police trouble, however, and were described as “respectful” and “even joked about what happened.” Ian Biong/JB