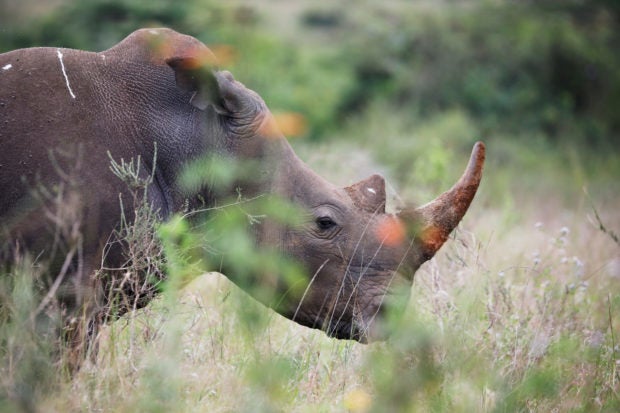 Citing intensified intelligence operations by authorities and collaboration between the government and the private sector, environment ministry spokesman Romeo Muyunda said 30 rhinos had been poached last year compared with 50 in 2019 and 79 in 2018.

Only 11 elephants were poached in 2020 compared with 13 a year earlier.

“The reduction is attributed to many factors, one of them is increased patrols by our staff,” Muyunda said.

Collaborative efforts between the police, central intelligence, members of the public, civil society, and the private sector had also helped turn the tide against poachers.

Namibia has increased fines for poaching to 25 million Namibian dollars ($1.66 million) from 200,000 and prison sentences have risen to 25 years from 20.

The southern African nation is home to the second-largest white rhino population in the world after South Africa, according to non-profit organization Save the Rhino Trust. Namibia also holds one-third of the world’s remaining black rhinos. 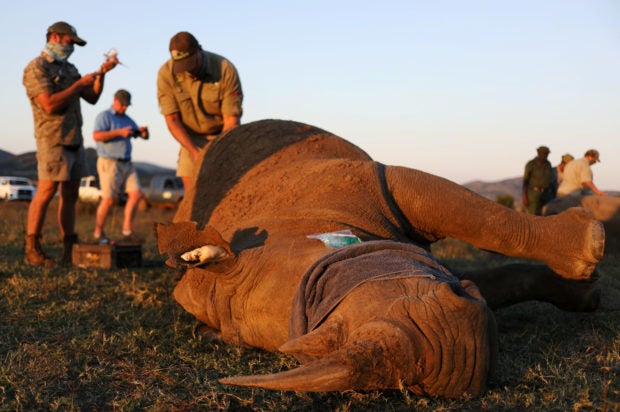 FILE PHOTO: A veterinarian attends to a tranquilized rhino before it is dehorned in an effort to deter poaching, amid the spread of the coronavirus disease (COVID-19), at the Pilanesberg Game Reserve in North West Province, South Africa, May 12, 2020. This picture was taken on May 12, 2020. REUTERS/Siphiwe Sibeko/File Photo

It is also home to the only free-roaming black rhinos left in the world, who are growing in number after nearly becoming extinct some years ago from poaching and drought.

Save the Rhino Trust estimates that there are over 200 free-roaming black rhinos in Namibia, mainly in the north-east.

Rhino poaching has plagued southern Africa for decades, especially in South Africa and Botswana, leading to anti-poaching programs, including de-horning and strict policing.

Africa’s rhino population has been decimated over the decades to feed demand for rhino horn, which, despite being made of the same stuff like hair and fingernails, is prized in East Asia as a supposed medicine and as jewelry.