MANILA, Philippines — The Integrated Bar of the Philippines (IBP) is offering free legal services to the families of leaders and members of the Tumandok tribe whose kin were killed or arrested in last week’s coordinated police operation in the provinces of Capiz and Iloilo.

“We believe that some of their rights were violated and that there was something wrong with the implementation of the search warrants,” Remia Fuentes-Bartolome, president of IBP Capiz, told the Inquirer in a telephone interview on Thursday.

Bartolome said the IBP is willing to help the members of the indigenous peoples’ (IP) group, from drafting legal documents to acting as legal counsels. “We know that they cannot afford to hire lawyers and it is important that their rights will be protected,” she said. 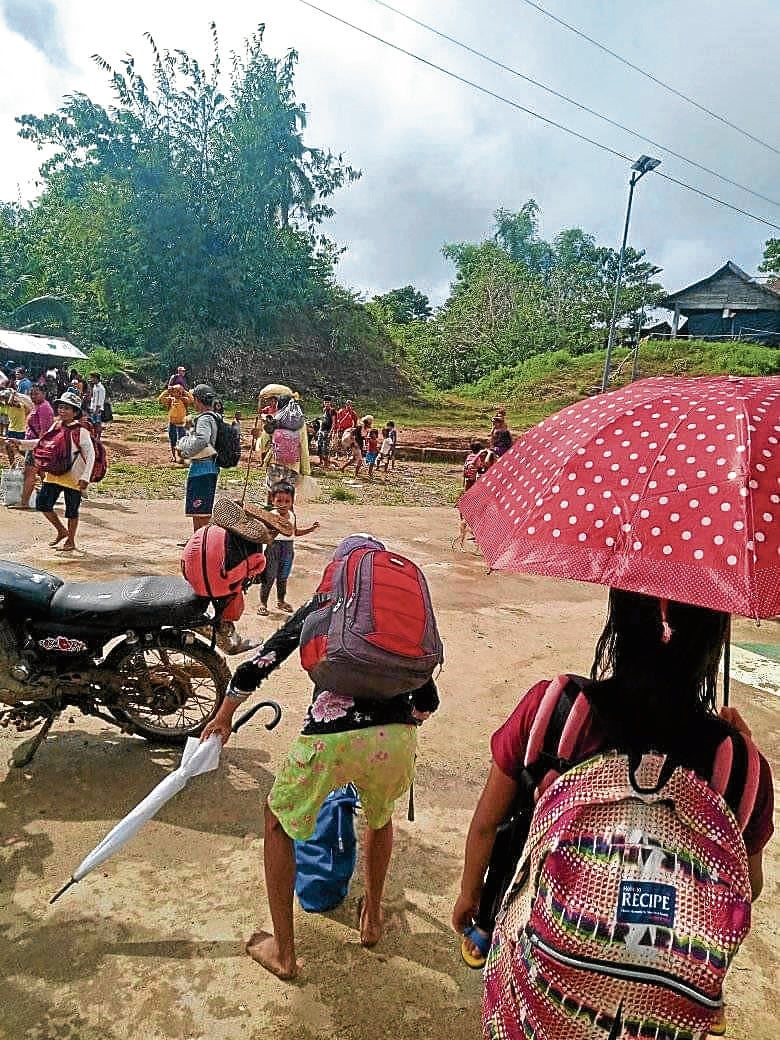 FLEEING VIOLENCE Residents of Barangay Lahug in Tapaz, Capiz, leave their village to seek safety in the town center after nine of their community leaders were killed and 16 others were arrested in a police operation on Dec. 30, 2020. — CONTRIBUTED PHOTO

Nine Tumandok leaders were killed while 16 others were arrested in the Dec. 30 operation in two villages in Calinog town in Iloilo and seven villages in Tapaz town in Capiz.

The police’s Criminal Investigation and Detection Group, which led the operation, has insisted that those slain fired first at policemen who were serving 28 search warrants for firearms and explosives.

Police and military officials have also claimed that the fatalities were leaders of the Communist Party of the Philippines and its armed wing, the New People’s Army.

But the families of those slain and several village officials have belied the claims, stressing that the firearms were “planted.”

Many of those killed were community leaders, former or incumbent village officials, and officers of the Tumandok organization, an alliance of IP communities in Capiz and Iloilo which is opposing the construction of large dams in these provinces.

The Philippine National Police’s Regional Internal Affairs Service is conducting its own investigation to determine possible lapses in the police operation.

Police have filed 40 complaints against those arrested for violation of Republic Act No. 9516 (Illegal Possession of Explosives) and RA 10591 (Comprehensive Firearms and Ammunition Regulation Act).

“As concerned members of the academe, we uphold Tumandok collective rights and stand side by side with their undeniable humanity … We are enraged with this cruel pre-New Year mowing of rights and lives! We thus add our voices to the growing call for the impartial and independent investigation,” according to a statement signed by more than 40 faculty members, cultural workers, artists and IP rights advocates in the country.

In a separate statement, members of Panay Indigenous Culture Advocacy Group raised concern over the safety and well-being of the Tumandok.

“The loss of a maaram (learned) culture bearer is irreplaceable … the scholars are disturbed by the trauma that the recent events have brought to the children, women and respected magurang—the elder members of the community who are the cultural bearers and keepers of indigenous traditions,” the group said.