Typhoons, floods linked to drop in crocodile population in Isabela

SAN MARIANO, Isabela — The typhoons and floods that hit Isabela province late last year might have caused the population of crocodiles in four sanctuaries to dwindle, a conservation group said on Wednesday.

Marites Balbas, executive officer of Mabuwaya Foundation Inc., said only 10 of the 32 crocodiles recorded in these sites last September were sighted by December.

“We received no records of crocodile killing in 2020, so we hoped and presumed that some might have been staying in safe areas, like creeks and lakes,” she told the Inquirer.

But she said raging floods would have either drowned the crocodiles or swept them away, causing them to get entangled in fishing nets or caught in traps.

Balbas urged villagers not to harm these reptiles and instead report sightings to authorities to protect the species and their sanctuaries.

Mabuwaya Foundation has been studying the ecology of the Philippine freshwater crocodile in the wild since 2000 to help conserve its population in Northern Sierra Madre Natural Park and in nearby areas. It uses a community-based approach to raise awareness about the reptile and the need for conservation. 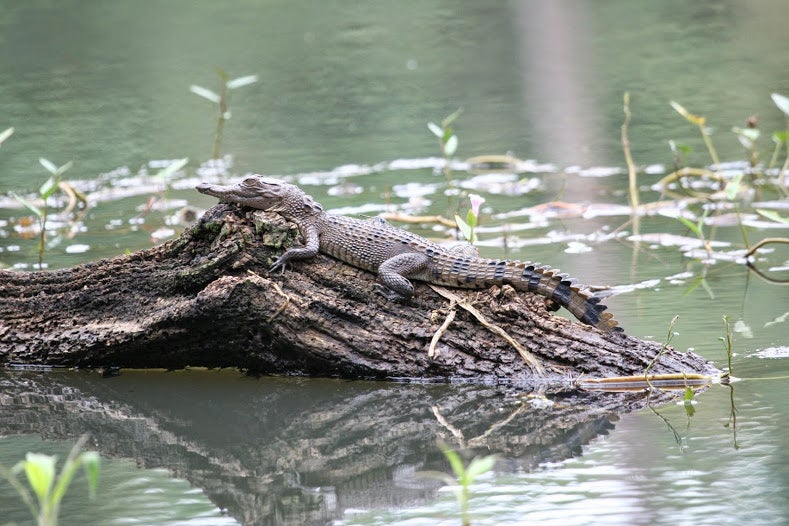 Other natural crocodile sanctuaries in Isabala would also be monitored as part of efforts to spot more crocodiles, she said.

Philippine freshwater crocodiles (Crocodylus mindorensis), classified as critically endangered, are found in sanctuaries in San Mariano and in the neighboring town of Divilacan. Ilocanos refer to these reptiles as “bukarot.”

An adult freshwater crocodile measures only 3 meters long and is smaller than other crocodile species.

Balbas said her group only recovered a few hatchlings, although an adult female freshwater crocodile could lay 16 to 27 eggs. “The other hatchlings could have been washed away or some of the eggs rotted away,” she said.

The group also found eight baby crocodiles in Dunoy Lake, also in Cadsalan, last August and brought them to the foundation’s breeding station. These would be returned to the sanctuary once they reach 50 to 75 centimeters long, Balbas said.