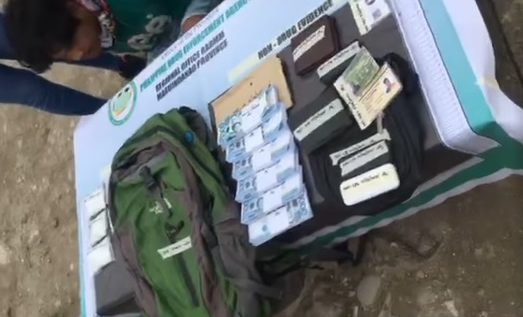 In a buy-bust operation in Barangay Dalican of Datu Odin Sinsuat town at past 11 a.m., two drug dealers were immediately arrested after they handed over P1.7 million worth of shabu, or about 250 grams, to a poseur-buyer.

Also seized from the suspects, identified as Sabir Tahir Omar, and Inar Bulilo, were a motorbike, mobile phones, the marked money, and various identification cards.

“We have placed these two men under surveillance for more than a month, and we had a successful drug deal in the past prior to their arrest,” Naïve said.

The two suspects are detained at the PDEA detention cell in Cotabato City.

In another operation jointly conducted by PDEA agents, police, and Marine troops, a drug dealer slipped through the authorities’ hands after handing over a kilo of shabu to a poseur-buyer in front of a public school in Barangay Dalomangcob, Sultan Kudarat town.

The illegal drugs have an estimated market value of P6.8 million.

Naïve said the suspect, identified only as “Alias Saddam,” sensed he was dealing with an undercover agent, so he fled after turning over a plastic bag that contained the crystal meth.

“He quickly fled and mingled with the people and eventually vanished,” Naive said.