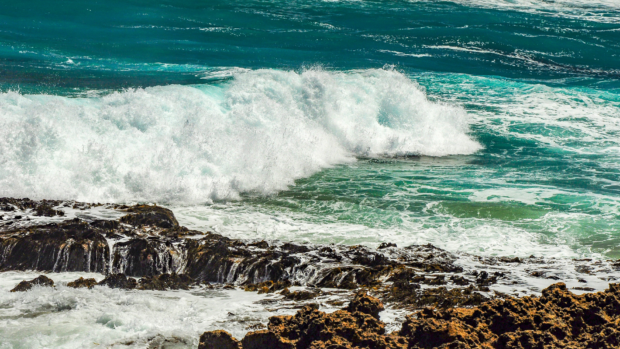 A professional surfer is being hailed a “legend” after he saved a woman who was dragged out into the ocean by strong waves in Hawaii.

Mikey Wright was looking out over the shore from an elevated area when he noticed the swimmer struggling in the water. Other beachgoers were already trying to help her, but were not successful, as seen in a video on his Instagram page on Jan. 1.

Wright was initially behind the camera filming the incident, but quickly decided to spring into action when the woman continued to struggle.

He noted that she would “need to get saved” before handing his phone to a person out of the frame. Wright’s companion also discouraged him from helping, telling him that he couldn’t save the swimmer.

However, Wright was determined and rushed down a set of stairs leading to the beach to reach the swimmer. In another video, he approaches her despite the strong currents and manages to get a hold of her.

Though they were repeatedly pulled under the waves, Wright eventually helped her get back to shore. A group of bystanders also stayed on the beach to help pull them to safety.

Following the rescue, Wright told ABC News that he “didn’t question if [he] was in danger” at the time.

“I just knew that she needed help,” he said.

Wright also explained that the woman was simply taking a video from some dry rocks when a 15-foot wave suddenly pulled her out into the waters.

The professional surfer assured that he and the woman only suffered minor injuries from the accident. According to the report, the swimmer sustained graze on her wrist, while Wright walked away with only some scratches on his back. Ryan Arcadio /ra