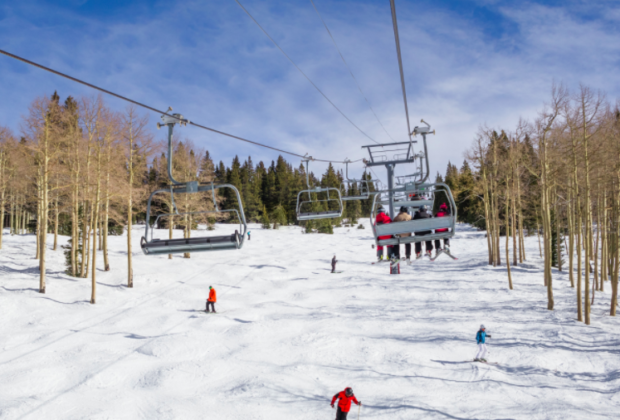 A 14-year-old girl was spared from serious injuries thanks to rescuers who saved her and broke her fall after she dangled from a chairlift in a ski resort in upstate New York.

The incident happened at the Bristol Mountain ski resort in Canandaigua, Ontario County, as per Good Morning America on Jan. 5. In footage captured by onlookers over the weekend, the unidentified girl can be seen holding on for dear life as she dangled from the chairlift.

It was reported that the girl had been hanging on for two minutes before rescuers rushed in with a safety tarp. The girl appeared to have gotten stuck in her jacket, but was eventually able to free herself moments later. Cheers from witnesses erupted as the girl landed directly on the safety tarp, which softened her fall.

“She was okay, she wasn’t injured. She was able to stand up and walk away,” Noah Wilson, a witness, said in the report. “There was a ton of relief, everyone was clapping and cheering.”

It was uncertain how the girl ended up dangling from the chairlift.

“I don’t know how she got into that situation,” Daniel Fuller, general manager of the ski resort, said in the report. “We are conducting our own internal investigation.”

A spokesperson for the resort, meanwhile, commended the ski patrol for a job well done in a statement obtained by People magazine on Jan. 5.

“Our ski patrol trains year-round in the event a rescue needs to be performed and they did an amazing job utilizing their training with a good outcome,” the statement said. “We are thankful that the girl is fine and walked away from the rescue.” Cody Cepeda /ra

Boy, 6, who suffered dog bites to save sister gets superhero praises from Hollywood stars