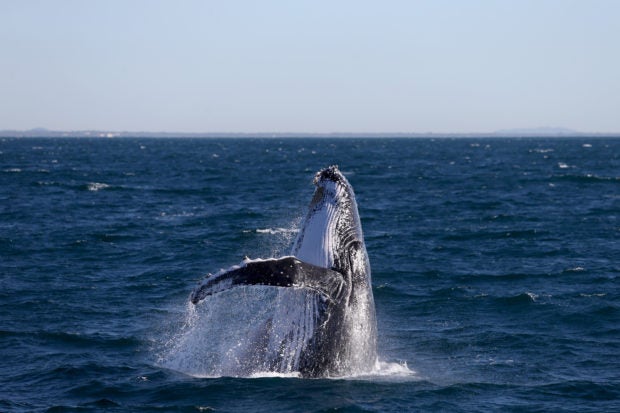 A man who took matters into his own hands after seeing a young humpback whale caught in shark nets said he got fined for performing the rescue.

Django, whose full name was withheld, said he was freediving when he saw the entangled humpback whale calf off Gold Coast in Queensland, Australia, as per local radio station ABC Gold Coast yesterday, May 19.

The freediver then rushed his small boat toward the area and jumped into the waters to free the whale himself.

“Adrenaline just sort of kicked in,” Django was quoted as saying. “Basically I just tried to untangle him.”

He noted that the baby whale’s pectoral fin was wrapped up and that it was trapped about 8 to 9 meters deep.

After the whale swam free, Django said fisheries inspectors fined him while he was about to leave the area. He said that it was an “expensive day, but whatever.”

“Yeah, I’m [in] trouble, it was fair enough,” he was quoted as saying. The freediver also claimed that he would not attempt to rescue a whale again.

Contrary to Django’s claim, however, Queensland Fisheries minister Mark Furner said Django had not yet been fined and that an investigation is still ongoing.

Interfering with equipment used for shark control is finable for a maximum of $26,690, according to the report.

“It is important that people allow the professionals to do their jobs in circumstances like this,” Furner was quoted as saying.

Donations, meanwhile, have flooded into a GoFundMe page set up by Django’s fellow Gold Coast resident Dale Harris, to cover any possible fine to be imposed on the whale rescuer, as per Seven News earlier today, May 20. Harris said any excess money gathered from the fundraiser will be donated toward whale research and conservation. Ian Biong/JB