Atienza: I believe Malacañang has nothing to do with ABS-CBN franchise denial | Inquirer News
Close
menu
search

Atienza: I believe Malacañang has nothing to do with ABS-CBN franchise denial 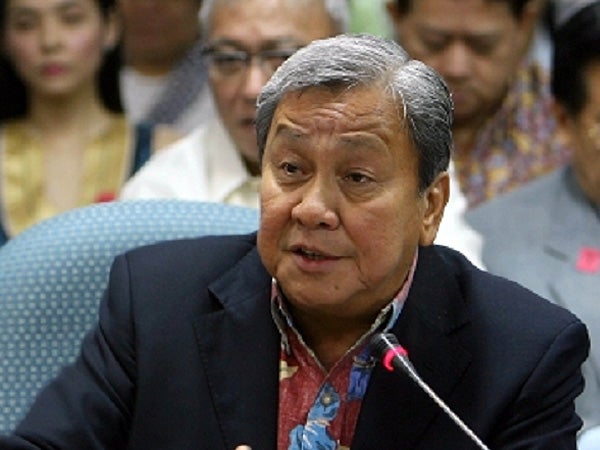 MANILA, Philippines — As talks of a fresh push for ABS-CBN’s franchise surfaced, one of its supporters, House Deputy Speaker Lito Atienza, said Wednesday he remains hopeful as he expressed beliefs that Malacañang had nothing to do with the previous decision to deny the network’s initial bid.

Atienza, who earlier said he is eyeing to move for the reconsideration of ABS-CBN’s franchise in the House of Representatives, was asked about President Rodrigo Duterte’s role should the bid for the network’s franchise push through.

“I still believe what Malacañang says, they have nothing to do with the decision, that’s purely congressional action coming from the Speaker’s own position on the issue,” Atienza said in an interview with ABS-CBN News.

Prior to ABS-CBN’s shutdown, Duterte had repeatedly said in his public speeches that he would hinder the renewal of their franchise.

But after the House committee on legislative franchises voted to deny the network’s franchise bid back in July 2020, Malacañang insisted that Duterte was neutral in the issue, saying that the President advised his allies in Congress to vote in accordance with their conscience regarding ABS-CBN’s franchise.

Nonetheless, Atienza said he will not believe such “insinuation” that Malacañang had a role in the decision to deny ABS-CBN’s franchise until he himself is told what to do.

“Until told by the President myself, ‘You do this, this is what I want’, then I will not believe such allegations. Those are all made up issues to buttress, to sugarcoat the whole questionable issue,” the lawmaker added.

“Kaya yung palaging sinasabi ang Malacañang ang problema, hindi ko naman nakita yun nung nakaraang paghi-hearing. Hanggang ngayon hindi ko nakikita ‘yun [The insinuations that Malacañang is the proble, I did not see that in the previous hearings. Until now I don’t see it]. Until told by the President, ‘Atienza, this is what I want,’ I will not believe such insinuation, suggestion, unnecessary use of Malacañang pressure–there may even be none,” he added.

Instead, Atienza said the House should exercise its authority and responsibility to tackle franchise bills, especially as Senate President Vicente Sotto III “has started the ball rolling” by filing an ABS-CBN franchise bill in the upper chamber.

Atienza earlier said he is eyeing to move for the reconsideration of the decision on ABS-CBN’s franchise in the House, saying this could be the “shorter route” instead of filing new measures.

Deputy Speaker Vilma Santos-Recto has also said that she will file a bill granting ABS-CBN a franchise this week or next week.

Danilo Arao, an associate professor at the journalism department of the University of the Philippines in Diliman and a journalist himself, earlier said that Duterte had an indirect role in the denial of ABS-CBN’s franchise.

Arao said Duterte serves as an “enabler” of the decision of the Congress to deny the franchise of ABS-CBN, adding that the pronouncements of Palace did not align with the President’s actions.

“He did not retract his previous statement. He could have said, ‘Okay, right now I’m completely neutral and I don’t mean it when I said that I will see to it that you are out’,” he added.