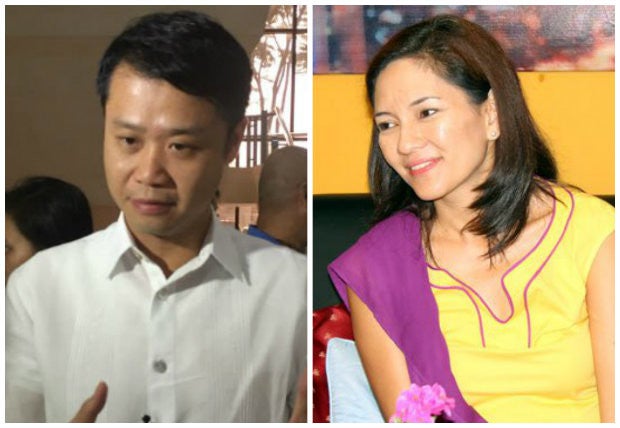 MANILA, Philippines — Senators Sherwin Gatchalian and Risa Hontiveros were “puzzled” over the Department of Energy (DOE) and Energy Regulatory Commission’s (ERC) seeming unpreparedness to discuss a Senate bill that seeks to lay out policies and framework for the development and regulation of the midstream natural gas industry.

During the joint hearing of the Senate committees on energy and finance on Tuesday, DOE Assistant Secretary Leonido Pulido apologized as the department has submitted a wrong document to the panels regarding the agency’s comments on the bill.

The committees were tackling Senate Bill No. 1819 or the proposed Midstream Natural Gas Industry Development Act.

“If we could ask for the indulgence of the Chair, if we could be given until Monday next week. The challenge really was how to put it all together with all the other bureaus and services within the DOE,” Pulido said, addressing Senator Sherwin Gatchalian who chairs the Senate committee on energy.

“There is still a bit of healthy discussion in so far as the specific provisions are concerned so if we could be given until Monday next week to submit our specific comments for the bill,” he added.

Gatchalian said Pulido’s apology is “well taken,” but requested that the revised version of the comments be sent on Friday in time for the next hearing on Tuesday next week.

Meanwhile, Leila Cirio, Chief Energy Regulation Officer of the ERC’s Investigation and Enforcement Division for Generation Companies, also asked if the ERC can defer presenting its comments on the bill.

She said that the commission has some comments on the proposed measure but also noted that the bill presents a good distribution of duties between the ERC and DOE.

“There are some points that we just want to be clarified about. So if you will allow us to submit our comments within the week or on Monday so that we will be able to look further into these provisions especially on the powers and responsibilities of the ERC,” Cirio said.

Senator Risa Hontiveros who was also attending the hearing said she is puzzled at why the DOE and ERC failed to present their comments on the bill.

She noted that the hearing on the proposed measure has actually been deferred twice.

“I am a bit puzzled, Mr. Chairman, because as the Chairman had said, the bill has been in development for a couple of years and in fact this hearing has been rescheduled twice, and certainly our DOE and ERC resource persons are aware of that so I am just a bit puzzled about this turn of events,” she said.

Gatchalian, in response, suggested that Hontiveros instead ask her questions to both agencies in the next hearing.

“And you are right. This was deferred for almost a month and quite sadly the two main actors in this bill are not ready to discuss in greater detail the concepts of the bill,” he also said.

Read Next
LGUs, private sector more prepared for COVID-19 vaccines than nat’l gov’t — Lacson
EDITORS' PICK
Tips for a cheerful life
Nesthy Petecio assured of Olympics bronze, ousts Colombian foe
After Olympic win, PAF promotes Hidilyn Diaz to staff sergeant
Connect to PH’s fastest network with new Signature Plan Lite at only P599 per month
Harnessing technology for quality education
Trillanes: No Magdalo support if Robredo gives way to Lacson
MOST READ
Philippines to bring home multiple Olympic medals for first time since 1932
Isko for 2022? Manila mayor takes a swipe at Duterte in live broadcast
Lacson bares talks with Robredo ahead of 2022 polls
Why is Taiwan not called Taiwan at the Olympics?
Don't miss out on the latest news and information.