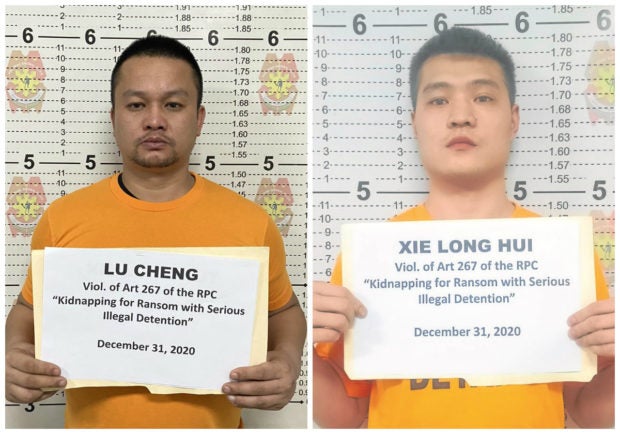 MANILA, Philippines — Two Chinese men were arrested on New Year’s Eve for allegedly demanding P9 million in exchange for the freedom of a Taiwanese they detained in Cavite province.

The police acted on a complaint filed by Jerry Wang, representative of the Taipei Economic and Cultural Office.

The PNP-AKG records indicate that Chen was supposedly taken by a group of Chinese men in the early afternoon of Dec. 29 in Parañaque City.

Although detained, Chen was allowed to communicate with his mother through Facebook, where he told her he had been kidnapped and badly beaten by his captors.

Chen added he owed a large sum of money to his employer and that a P9-million ransom must be sent in exchange for his release.

PNP-AKG operatives initially searched for Chen at the Pearl Marina Tower in Parañaque. Chen was later found in a safehouse in Imus.