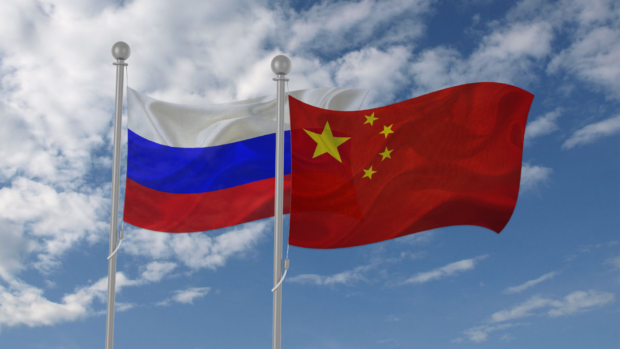 BEIJING — President Xi Jinping underlined the importance of strategic coordination between China and Russia on Monday, saying that strengthening the countries’ partnership can effectively frustrate any attempt to suppress them and harm their relationship.

He said the bilateral relationship cannot be influenced by the changes in the international situation or affected by other factors, adding that the two countries should join hands to safeguard international justice.

Xi made the remarks in a phone conversation with his Russian counterpart, Vladimir Putin, in which they extended New Year’s greetings to each other and the people of the two countries.

China would like to develop its comprehensive strategic partnership of coordination for a new era with Russia, pursue development and prosperity for the two sides, and make more contributions to the building of the new type of international relations and a community with a shared future for mankind, Xi said.

Xi said the COVID-19 pandemic has brought unprecedented, serious challenges to the lives and health of mankind, affected the global economy and led to world turbulence and transformation.

Hailing their bilateral ties as gold that can stand the test of fire, Xi said the special quality and great value of China-Russia relations has become more obvious in the face of danger and difficulties.

The two countries have taken the lead in international cooperation in the fight against COVID-19, promoted the alignment of the Belt and Road Initiative with the Eurasian Economic Union, and jointly celebrated the 75th anniversary of victory in the World Anti-Fascist War and the founding of the United Nations, Xi said.

China and Russia have played a key role under the frameworks of the G20, the Shanghai Cooperation Organization and BRICS to safeguard international justice and promote multilateralism, he added.

Xi stressed that the Sino-Russian Good-Neighborly Treaty of Friendship and Cooperation has established the concept of being friendly from generation to generation and the principle of building a new type of international relations.

The two countries should take the 20th anniversary of the treaty next year as an opportunity to deepen their cooperation, Xi said.

Putin said that despite the pandemic, Russia-China relations have progressed steadily, and the two countries have supported each other in such areas as disease control, trade and science and technology.

Hailing the 20th anniversary of the treaty as a milestone for bilateral ties, Putin said that Russia is dedicated to the high-level development of the Russia-China comprehensive strategic partnership of coordination.

Russia would like to continue mutual support with China on issues related to their core interests, strengthen coordination and cooperation on international affairs and make contributions to maintaining the strategic stability of the world, he said.