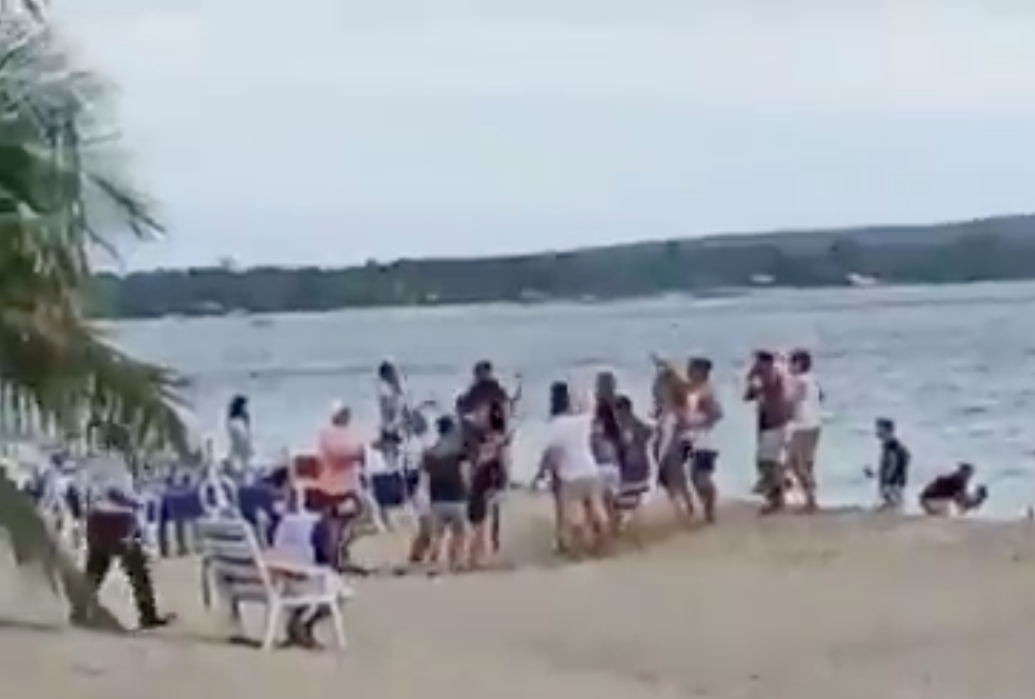 A party by the beach in Batangas. SCREENGRAB FROM DOT VIDEO

“The Department of Tourism (DOT) condemns yet another reckless social gathering organized at a tourism establishment, this time at the Blue Coral Beach Resorts Inc. in Barangay Laiya, San Juan, Batangas,” the DOT said in a statement.

“The said mass gathering, documented on video by concerned individuals, shows a large group of individuals partying without face masks, face shields nor observance of physical distancing protocols at the beach of the said resort, which violates the guidelines set by the Inter-Agency Task Force on Emerging Infectious Diseases (IATF-EID) for areas under general community quarantine (GCQ),” the agency added.

In the video provided by the DOT, it showed resort visitors holding a party by the beach. That video also showed the people without their face masks and face shields on and did not practice social distancing.

The DOT then lauded the San Juan, Batangas local government unit for “taking the necessary action” to revoke the resort’s business permit and file the appropriate charges.

This was not the first time, however, that several people were busted for being caught having a party despite the directive of the national government.

In November, local officials of tourist destination Boracay said it was investigating a Halloween party that took place on the island.

Under GCQ areas, social events such as birthdays, weddings, and the like are prohibited, Tourism Secretary Bernadette Romulo-Puyat previously said.